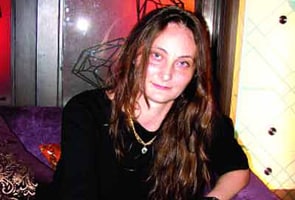 New Delhi: The Delhi police nabbed two people, one of them a juvenile, after a Russian woman working with a renowned South Delhi nightclub claimed they had been following her car for half an hour, trying to ambush her.

The woman said she got frightened and started driving towards a safe area. Then she reached a petrol pump. The accused arrived there in a short while.

"They brought their vehicle from the opposite side. They got down and again started hurling abuses at me," said the victim.

Viven tried calling up the Police Control Room (PCR) seeking help. But there was more trouble in store for her. The PCR call attendant told her that he is not conversant with English. For a while Viven didn't know what to do. Then she requested a local shopkeeper who spoke to the PCR personnel and made them understand the whole incident after which police reached at the spot.

Meanwhile, a senior police official said that two persons have been arrested, one of them is a juvenile. They have been identified as Pradeep and Raghi (name changed as he is a minor). "They are taxi drivers of the area. We have lodged an FIR against them," said the police official.

Speaking with the media Viven said that such incidents have become commonplace in the Capital and foreigners are treated differently here. "I faced a little problem with Delhi police personnel as they talk little English. But in the last three years a lot of changes have happened in the policing. I had to lock myself for some moments in an outlet at the petrol pump.

I took help of a shopkeeper to explain my location," said Viven. The accused reportedly denied the allegations and the police they were doing 'overtime'. Viven said she has been living in India for the last twelve years and this was the first time when she has had such an experience.
Comments
DelhiDelhi policeRussian woman