Officials said these roads will be spruced up with decorative plants and equipped with new street furniture. 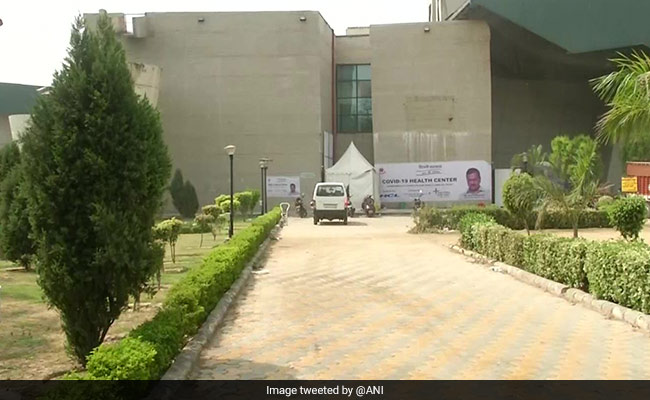 Bids have been invited to enhance roads leading to and in the vicinity of Commonwealth Games.

Delhi's tourism department will beautify and improve street furniture on roads leading to and in the vicinity of sports facilities developed during the 2010 Commonwealth Games and bids have been floated inviting leading players of the industry to execute the work, officials said on Saturday.

Officials of the Delhi Tourism and Transportation Corporation (DTTDC) said these roads will be spruced up with decorative plants and equipped with new street furniture such as benches or chairs and trendy dustbins.

An official said the aim is to improve aesthetics of these roads.

Bids have been invited for maintenance, operation and installation of benches and dustbins on PWD roads leading to and in the vicinity of Commonwealth Games venues such as IGI Stadium, Siri Fort Sports Complex and Dr Karni Singh Shooting Range.

"The project will be executed on BOT (built-operate-transfer) basis which means that the private agency will built, operate and maintain the project and after a certain period it will be handed over to the parent government agency," the official said.

He added that street furniture and decorative items on the roads around such sports facilities have been loosing their sheen over the years as they were installed long back.

The area around Indira Gandhi Indoor Stadium, Siri Fort Sports Complex and Dr Karni Singh Shooting Range will taken up for setting up of new street furniture and maintenance of the existing infrastructure such as toilets, information panels, kiosks benches, etc.

Officials said that a similar tender was also floated in November last year but it "did not yield good response" so the bids have been invited again.

However, they refused to divulge the details about reasons behind unsuccessful previous bids.

During the period of the games in 2010, the Public Works Department (PWD) had initiated an exercise to beautify roads through streetscaping, street lighting, and installation of basic facilities such as toilets and benches.

The PWD had made DTTDC responsible for execution of the work.

Officials said that the bids will be opened in the first week of June and if everything goes according to the plan, the work may be started in a couple of months.