The parents shared their ordeal of how they took the girl to a gynaecologist after noticing blood stains in the child's panties when she returned from school. 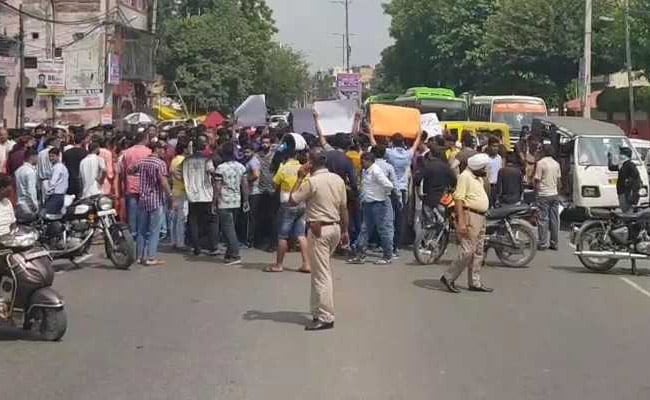 Around 150 people, including the parents, their relatives and neighbours protested in Delhi.

The parents of a three-year-old girl in Delhi have put out a video on Facebook alleging that their daughter was raped at her school last week. The school, however, says that no such incident has taken place on the campus. Though medical tests have confirmed sexual assault and a complaint has been filed, no arrests have been made.

"Please help us," the mother says in the video, with folded hands. The parents shared their ordeal of how they took the child to a gynaecologist after the mother noticed blood stains in the child's panties when she returned home from the north Delhi school. When the doctor told them the girl has been sexually assaulted, the parents approached the police.

The father alleged that they were threatened by the police and that no FIR or First Information Report was filed within 24 hours of their complaint. "They (police) gave a clean chit to the school saying that nothing has happened from the school's end. They said whatever has happened has happened at home," the father says in the video.

Police said they have gone through the footage from all the CCTV cameras at the school but no evidence was captured.

Around 150 people, including the parents, their relatives and neighbours protested outside the school on Tuesday, demanding a fair investigation into alleged incident.

"No such incident has taken place in the school. Police have checked the entire CCTV footage. We too hope that the culprit is caught," the school principal said.

The parents narrated two previous incidents in the school - one when their daughter was allegedly hit with a chalk and the other, when she returned home from school without her panties in August. The parents said the child used to complain of stomach ache when she returned home from school and pain in her private parts when her mother gave her a bath.

"Please help us. We are very worried. We want nothing else but justice... we are being threatened," the parents appeal in the video.

"Today, it has happened with our daughter. Tomorrow, it could be yours," the mother says as she signs off.