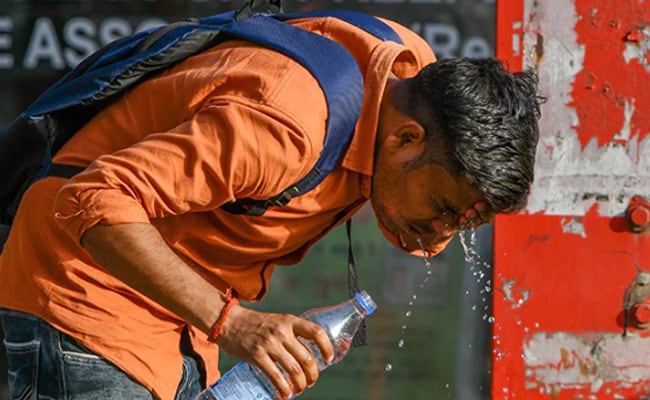 Since Jun1 when monsoon season starts, Delhi has not recorded any rainfall. (File)

A cloud cover cocooned Delhi on Tuesday, causing the maximum temperature at the Safdarjung Observatory, the city's base station, to drop below 40 degrees Celsius for the first time this month, according to the India Meteorological Department (IMD).

Consecutive western disturbances and lower level easterlies predicted in the coming days are likely to keep the heat at bay.

The IMD has issued a yellow alert, warning of thundershowers or light rain over the next six days. The mercury is predicted to drop to 35 degrees Celsius by Sunday.

Since June 1, when the monsoon season starts, the capital has not recorded any rainfall. Usually, it receives 13.8 mm of rainfall in the first 13 days of the month.

Last year, the IMD had forecast that the monsoon would arrive in Delhi nearly two weeks before its usual date. However, it reached the capital only on July 13, making it the most delayed in 19 years.

The capital has recorded a maximum temperature of 42 degrees Celsius and above on 26 days so far this summer season, the highest number of such days since 2012, according to IMD data.

The city has seen six heatwave spells this summer, the deadliest being in mid-May when the maximum temperature soared to 49 degrees Celsius at some places.

The latest heatwave spell began on June 2 amid the absence of strong western disturbances and an onslaught of hot and dry westerly winds.