40 People Rescued After Fire Broke Out In Building In Delhi

Delhi fire: All the residents went to the terrace as the fire broke out and, therefore, the rescue operation in Krishna Nagar were easy as compared, an official said. 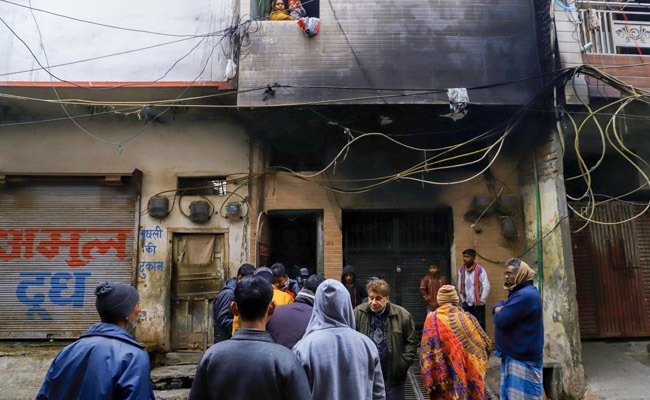 Fire in Delhi: 5 dire tenders were rushed to the spot after a call at 2.10 am

A major tragedy was averted after 40 people were rescued from a building in east Delhi when a fire broke out in the early hours of Thursday, an official said.

Plastic waste materials were stored on the ground floor of the four-storey building in Krishna Nagar area, while people lived on the the upper floors and it had only a single staircase, Delhi Fire Services director Atul Garg said.

Five fire tenders were rushed to the spot after receiving a call at 2.10 am about the blaze. All the residents went to the terrace as the fire broke out and, therefore, the rescue operation were easy as compared to other such incidents, the official said.

Forty people were rescued from the building and the fire was doused by 4 am, the official added.