The firefighters were working to rescue people stuck in the burning building when the explosion happened and brought down the structure. 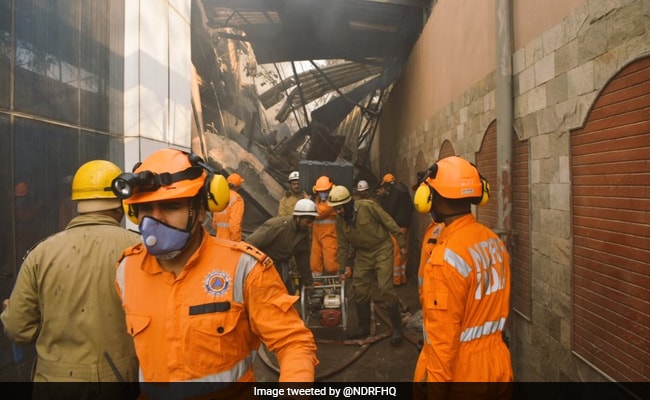 Delhi factory fire: An explosion was reported from the factory after the fire broke out.

Fourteen people, including 13 firefighters, were injured after a battery factory collapsed after a fire broke out in Delhi's Peera Garhi this morning. A security guard of the factory was also injured, a police officer told reporters and said one person was still trapped under the debris.

The building at Udyog Nagar area collapsed following an explosion when firefighters were dousing the blaze, an official said, adding that the fire department had received a call at 4.23 am.

Here are the updates on the rescue operation at Delhi factory:

We are deeply saddened to hear about the fire in Peeragarhi. Request all @INCDelhi workers in the vicinity to assist the rescue ops and extend all the help possible to those injured in #Peeragarhi fire.

We pray for the speedy recovery of all those injured. #DelhiFirehttps://t.co/ts6P4ezdcq 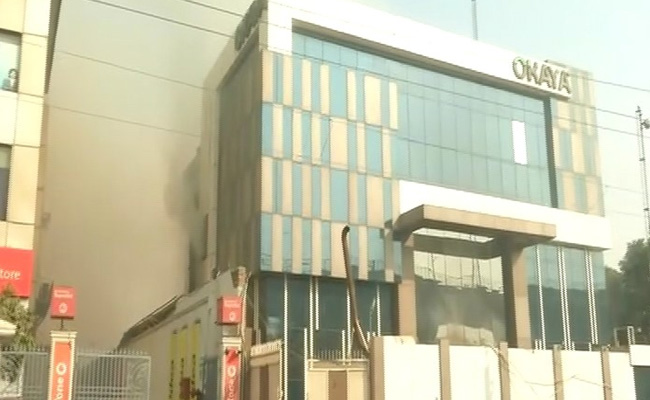 "75 per cent of the building has collapsed. First priority is to rescue trapped people from the building. An Investigating Officer has been appointed to probe the incident. The three people rescue have been taken to Balaji hospital for treatment," Dharmendra Kumar, ADM West, told NDTV.
Jan 02, 2020 12:05 (IST)
13 Firefighters injured, say police
"14 people have been injured in the incident, including 13 fire brigade personnel. The back portion of the building has collapsed, fire though is in control now, rescue ops continuing," Rajendra Sagar, Additional DCP(Outer), was quoted as saying by news agency ANI.
Jan 02, 2020 11:57 (IST)
"The cause of the fire is still unknown. Our main motive now is to rescue people. The fire has not subsided completely. Still, the flames are visible. We are making every effort to rescue people as soon as possible," a police official said.
Jan 02, 2020 11:53 (IST)
This is the third major fire incident reported in Delhi within 30 days.
Jan 02, 2020 11:50 (IST)
NDRF along with Delhi Fire Service rescued one fire man trapped inside the debris.
Jan 02, 2020 11:24 (IST) 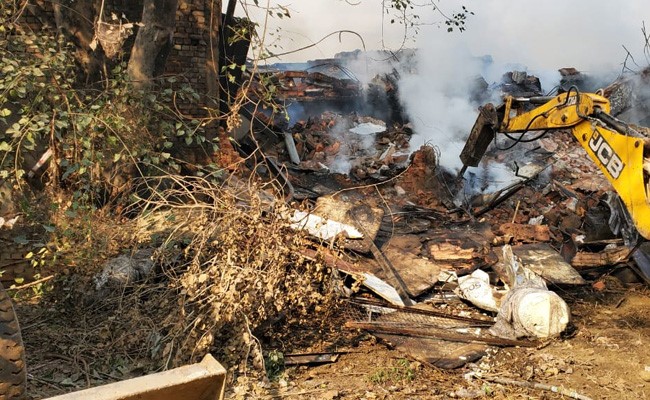 Thirty-five fire engines are at the site. A team of the National Disaster Response Force (NDRF) is at the site.
Jan 02, 2020 11:21 (IST)
A worker is trapped under the debris of a battery factory in west Delhi's Peera Garhi after it caught fire and the structure collapsed following an explosion, officials said. Two firefighters and a worker have been rescued. They suffered minor injuries, officials said.