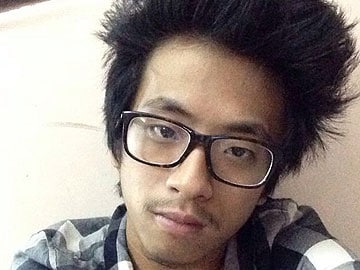 New Delhi: A Delhi court today extended by 14 days the judicial custody of the four persons arrested in connection with the death of 19-year-old Arunachal Pradesh student Nido Tania.

On expiry of their remand, accused Farman, Sunder Singh, Pawan and Sunny Uppal were produced before Additional Chief Metropolitan Magistrate Pritam Singh, who remanded them back in judicial custody till April 7, after the CBI did not seek their custodial interrogation.

They had alleged police negligence in the case and also demanded action against the guilty policemen.

The accused were apprehended after relatives of Tania, a BA first year student in a private university, alleged that he had an altercation with some shopkeepers at Lajpat Nagar market in Delhi on January 29 after they made fun of his hair style. Following the altercation shopkeepers had allegedly thrashed him. He was brought dead to AIIMS the next day.

Meanwhile, Sunny filed his bail application in the court of Additional Sessions Judge Jitendera Mishra, who partially heard the arguments but later listed it for April 7, after CBI requested.

CBI today sought time to submit the postmortem report in the matter.

Sunny in his plea seeks relief on the ground that his father had died after his arrest in the present case and there is no one to look after his family members.

During hearing of the bail plea, Judge Mishra also pulled up CBI for their "shoddy" probe, saying they should have made Delhi Police personnel accused in the case as they were also irresponsible during the incident.

CBI is also likely to question Delhi Police officers who responded to the PCR call about the altercation between Tania and the accused to understand the exact sequence of events.

The death of Tania, son of a Congress MLA, evoked angry reactions from people of the northeast living in the national capital who alleged police had failed to protect him.

Police had booked all the four accused under Section 302 (murder) of IPC after the postmortem report revealed that Tania died due to injuries to his head and face caused by a blunt object.

Initially, police had on February 3 arrested three of the accused under the Scheduled Castes and Scheduled Tribes (SC/ST) (Prevention of Atrocities) Act, 1989.

Promoted
Listen to the latest songs, only on JioSaavn.com
On February 10, police arrested Sunny and slapped murder charge on all the four accused. Two minors who also allegedly assaulted Nido are facing an inquiry before the Juvenile Justice Board here.