According to the Delhi government, over 1,000 families had been evacuated till Sunday morning. 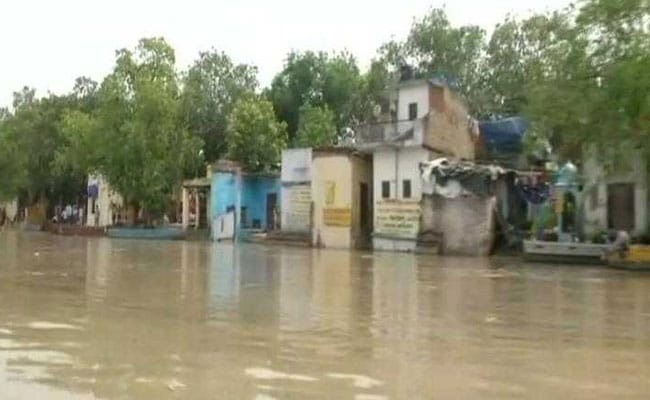 Delhi Chief Minister Arvind Kejriwal on Monday directed his Transport Minister Kailash Gehlot to visit the people affected by the flood waters of the Yamuna river and ensure arrangements for the displaced people. The authorities, meanwhile, continued evacuating the affected people to safer places.

"Directed Kailash Gehlotji, Minister-in-charge, to visit the area along with all officers and ensure proper arrangements," Mr Kejriwal tweeted, attaching a news report about people complaining of "no arrangements from the Delhi government".

Mr Gehlot responded to Mr Kejriwal's tweet with: "Will visit this area around 9.30 a.m. along with Divisional Commissioner and other officers to ensure that all arrangements are in place."

According to the Delhi government, over 1,000 families had been evacuated till Sunday morning.

The river's water level rose to 205.66 meters on Monday morning due to water discharge from Haryana's Hathnikund Barrage amid continuous rain in the catchment areas. It is expected to rise to 206.60 meters on July 31, a flood department official said.

The water released at Hathnikund barrage, which provides drinking water to New Delhi, normally takes 72 hours to reach the city.