The air quality in Delhi will oscillate between poor and very poor for the rest of February and only rain would be able to improve the situation to moderate or satisfactory. 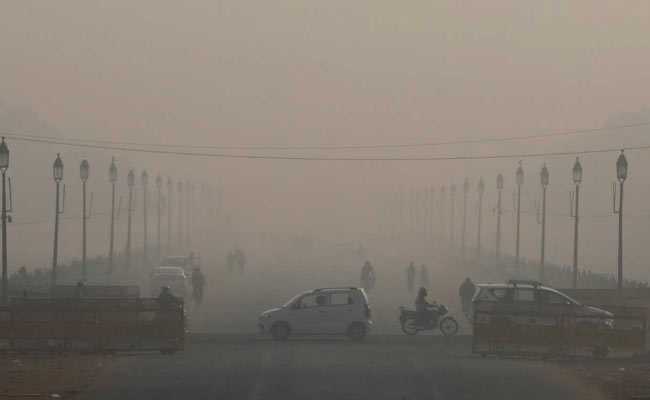 As predicted, the overall air quality of Delhi and adjoining areas deteriorated to "very poor" on Monday, after days of improved "moderate" air caused by last Thursday's rain and hailstorm, which washed away the pollutants across the city.

"This return of very poor air quality in the national capital can be attributed to reduced wind speed since Sunday night. It has caused the pollutants to be concentrated in one place. The decrease in wind speed also led to shallow fog in the morning," Mahesh Palawat, Director of private weather agency Skymet told IANS.

He added that the air quality in Delhi will oscillate between poor and very poor for the rest of February and only rain would be able to improve the situation to moderate or satisfactory.

The overall air quality index (AQI) of Delhi at 4 p.m. on Monday was recorded at 309 ("very poor"), against Saturday's "moderate". It began to deteriorate from Sunday evening as wind speed dropped and settled Sunday's AQI at 276 - considered "poor" on a scale of 0 to 500.

"Strong surface inversion - a phenomenon responsible for producing smog, trapping the pollutants produced by vehicles, fires and industrial activities - is another factor for the rise in pollution," System of Air Quality and Weather Forecasting and Research (SAFAR) said.

The agency added that in these circumstances, the air quality in Delhi-NCR over the next two days would further deteriorate, but may improve with the likelihood of a fresh western disturbance on Thursday.

This year, the Skymet Director said, Delhi is experiencing an extended winter due to frequent western disturbances. "The air quality will improve and remain constant once the temperatures begin rising in March," Mr Palawat said.

This western disturbance is again expected to wash away the pollutants in Delhi. It may also increase the minimum temperature in northwest India by 3 to 4 degrees Celsius between Wednesday and Friday.