All Measures Being Taken To Control Pollution: Delhi Environment Minister 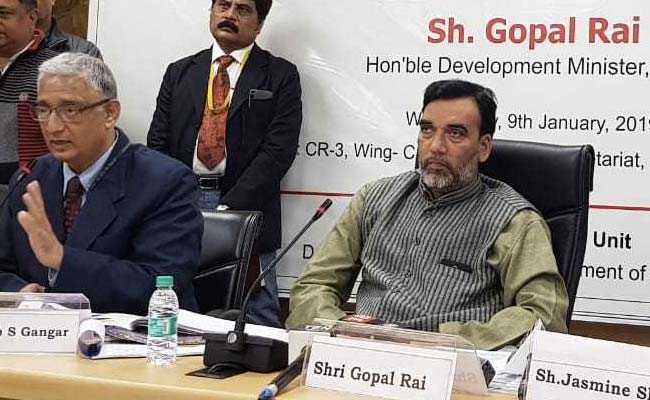 Delhi Environment Minister Gopal Rai said the government will implement all measures to control pollution in the national capital and it will also put in place steps under the Graded Response Action Plan (GRAP), if the need arises.

The GRAP is a set of emergency measures to be taken to reduce air pollution depending on the level of pollution in Delhi-NCR.

Mr Rai also urged the Centre to talk to states and work on putting an end to stubble burning.

He was speaking at an event at the Chandgi Ram Akhara where all the MLAs had gathered to raise awareness about the "Red Light On, Gaadi Off" campaign.

"Due to rains, the pollution levels had gone down in Delhi since stubble burning had stopped in neighbouring areas. But after the sun has come out, the instances of stubble burning will increase. We are taking all steps to reduce pollution in Delhi and running various campaigns to encourage people's participation," he told reporters.

The minister said they will be holding a meeting with the SDMs and scientists of Delhi Pollution Control Committee (DPCC) on Friday to discuss how we can make this a widespread campaign.

When questioned about the implementation of GRAP to control pollution, he said, "The pollution due to stubble burning cannot be controlled by implementing GRAP. We had urged the Centre and states to spray PUSA bio-decomposer (a microbial solution that can turn stubble into manure in 15 to 20 days) to prevent stubble burning. If it was sprayed responsibly, farmers would not have had to indulge in stubble burning."

Stating that the government is working on controlling pollution inside the national capital, Mr Rai said they are working to control dust pollution and vehicular pollution.