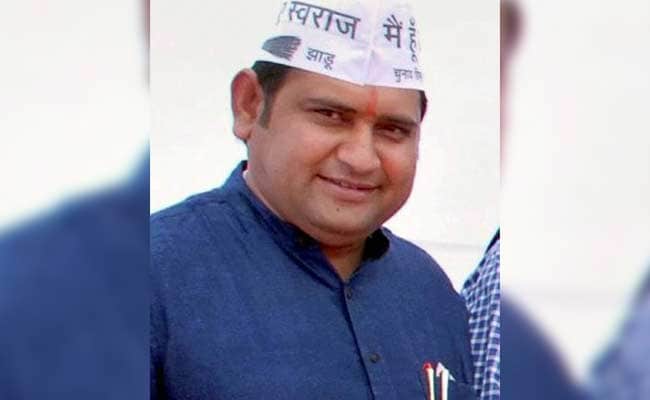 Kumar was arrested on September 3 on charges of rape after his sex CD surfaced.

New Delhi: Sacked Delhi minister Sandeep Kumar, arrested on rape charges, will be produced in a Delhi court via video conferencing from jail following his apprehension of threat to life from his political opponents during transportation.

Special Judge Poonam Chaudhry allowed Mr Kumar's plea that he be produced before the court through video conferencing till the filing of charge sheet in the case, as the police did not object to it.

"In view of the facts and circumstances, the accused (Mr Kumar) need not be produced and further remand will be extended through video conferencing till the filing of charge sheet," the court said.

It also sent a notice to Tihar Jail superintendent directing him to file a report on Mr Kumar's plea, filed through advocate Pradeep Rana, seeking a separate van for his production from jail to court apprehending threat to life from supporters of other political parties and other miscreants during transportation.

The court extended Mr Kumar's judicial custody till October 19 after he was produced before it.

During the hearing, Mr Rana said some miscreants may try to harm Mr Kumar in the jail van and the case against him was "politically motivated".

The police, in its reply, said the remand proceedings could be done through video conferencing as a significant force was being deployed to produce the AAP MLA before the court.

Promoted
Listen to the latest songs, only on JioSaavn.com
Mr Kumar was arrested on September 3 after a woman lodged a complaint at the Sultanpuri police station in North Delhi alleging sexual harassment by the former Social Welfare and Women and Child Development minister, following which a case was filed. The woman had allegedly figured in an objectionable video with him. The AAP legislator had also been booked for rape.

The MLA from Sultanpur Majra was removed from AAP government and the party on August 31 by Chief Minister Arvind Kejriwal after the CD surfaced. He had defended himself saying he had been targeted.