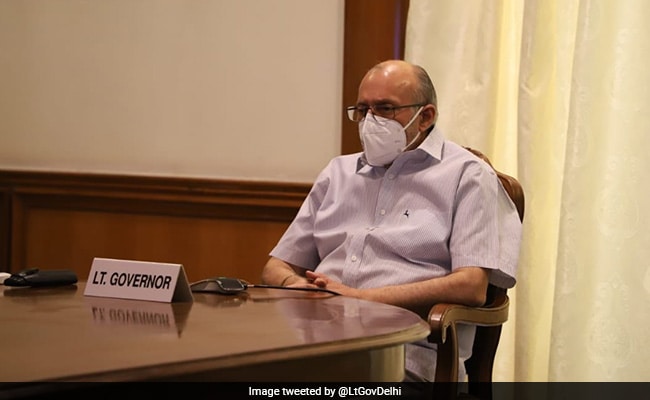 In his letter to Mr Kejriwal, Lieutenant Governor said that this move came after the NDMC commissioner wrote to him explaining the critical financial condition of the Corporation resulting in non-payment of salaries to the majority of the employees of the Corporation since September 2021 leading to unrest and dissatisfaction amongst the employees thus affecting the delivery of essential services.

In his letter to Mr Kejriwal, Mr Baijal said, "It has been informed that the budget estimates of 2021-22 for North DMC have been reduced by Rs 328.60 crore. Additional financial liability on account of payments of DA (Rs 240 crore) and pending salaries and pensions resulted in the present financial crisis."

He further said that the North DMC has requested that an amount of at least Rs 328 crores deducted as per the revised estimates may be released on an urgent basis for immediate payment of pending salaries and pension.

"In view of the above, I will be grateful if the above request of North DMC for release of Rs 328 crore can be considered favourably in the larger public interest," he said in the letter.