BJP Leader SC Vats has challenged the election of Delhi Health Minister Satyendra Jain in the high court under the pretense of Mr. Jain using corrupt methods to swing the result of the election. 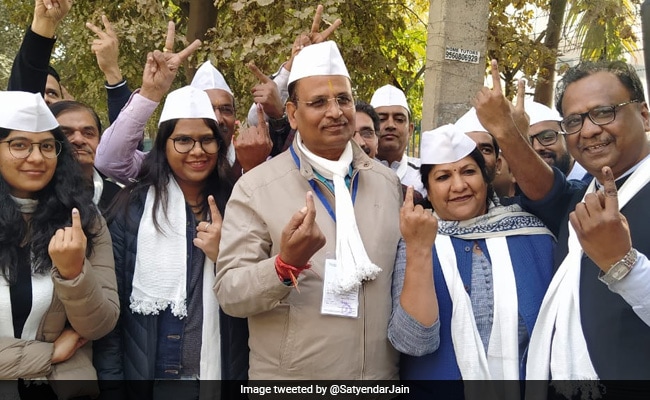 The BJP leader, in his plea filed through advocate Sahil Ahuja, has sought that the Aam Aadmi Party (AAP) leader's election be declared as null and void.

The petition alleges that Jain "bribed" voters of his constituency that prevented them from exercising their right to vote in a free and fair manner.

It also claimed that Jain did not disclose his actual expenses incurred during the election campaign and exceeded the cap on poll expenditures.

It seeks that the AAP leader's election be set aside and Vats be declared as the successful candidate from that constituency.

The petition also seeks that during pendency of the matter, Jain be prevented from attending the legislative assembly and drawing employments or any other payments.