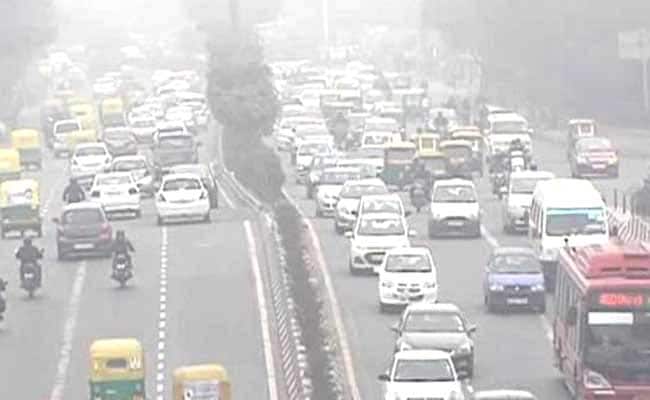 Delhi has limited avenues for flushing polluted air out of the city, the study noted. (Representational Image)

London: The fine particle pollution rates in Delhi are ten times higher than that of Chennai, which has ten times more cars but is coastally located, says a new study that suggests a combination of factors, not just vehicular or industrial pollutants, makes air pollution in Delhi deadly.

"The picture of Delhi's pollution problem is complicated and is aggravated by some factors that are out of human control," said Prashant Kumar, reader at the University of Surrey in England.

The researchers assessed how Delhi's landscape, weather, energy consumption culture, and growing urban population combines to elevate concentrations of air pollutants, including ultrafine particles, the most harmful to human health.

As a landlocked megacity, Delhi has limited avenues for flushing polluted air out of the city, the study noted.

Coastal megacities such as Mumbai have at least a chance to 'replace' polluted air with relatively unpolluted sea breezes, whereas Delhi's surrounding regions are sometimes even more polluted than the city, the researchers pointed out.

"Whilst it might be easy to blame this on increased use of vehicles, industrial production or a growing population, the truth is that Delhi is a toxic pollutant punchbowl with myriad ingredients, all which need addressing in the round," Mr Kumar noted.

Delhi is one of the largest population centres in the world. Classed as the world's fifth 'megacity', it has a population of 25.8 million, which continues to grow.

With this growth, the research predicted that the number of road vehicles will increase from 4.7 million in 2010 to nearly 26 million by 2030.

The total energy consumption in Delhi has risen 57 per cent from 2001 to 2011, the study pointed out.

"Air pollution has been placed in the top ten health risks faced by human beings globally. Delhi has the dubious accolade of being regularly cited as the most polluted city in the world, with air pollution causing thousands of excess deaths in a year in this growing megacity," Mr Kumar pointed out.

"Simple remedies such as 'greening' unpaved roadside areas through a natural or artificial grass canopy could possibly help in limiting coarse dust particles during dry and windy seasons. Natural measures, such as the development of wetlands and trees are also effective," Mr Kumar suggested.

The findings appeared in the journal Atmospheric Environment.