Delhi Pilgrim Scheme: Under the scheme, a Delhi resident above 60 years will be eligible to take free pilgrimage along with his or her spouse. 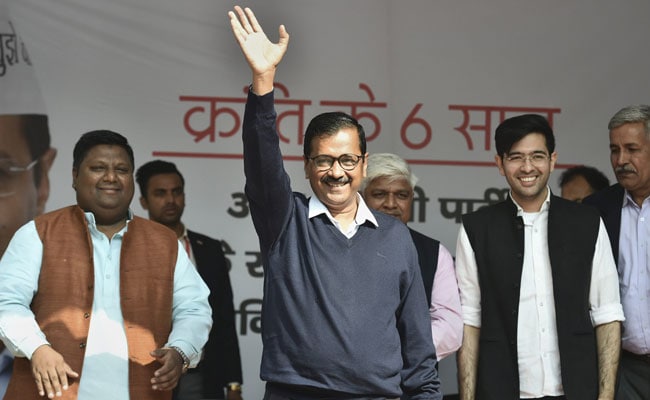 Delhi Chief Minister Arvind Kejriwal on Wednesday launched the 'Mukhyamantri Teerth Yatra Yojana' under which 1,100 senior citizens from each of the 70 assembly constituencies in Delhi can undertake free pilgrimage.

Under the scheme, a Delhi resident above 60 years will be eligible to take free pilgrimage along with his or her spouse.

The applicant can also take along an attendant above the age of 20 years, if the applicant or his spouse is above 70 years. The expenditure of the attendant will also be borne by the Delhi government. Speaking after launching the scheme in the presence of his council of ministers, the chief minister noted that a country which does not respect and take care of its senior citizens cannot progress.

"The scheme was launched with an aim that every elderly person's desire to undertake a pilgrimage in his life gets fulfilled. I urge all the children and the MLAs to help our elderly register themselves and fill up the forms so that they can avail the service," he said. "Those desirous of undertaking the pilgrimage ought to have a voter ID card, medical certificate and recommendation from the area MLA," Mr Kejriwal said.

The applications will be received online and selection of pilgrims will be done through a draw. Respective area lawmakers will certify whether the intended beneficiaries belong to Delhi or not. The pilgrimage for three days and two nights can be undertaken on the circuits of Delhi-Mathura-Vrindavan-Agra-Fatehpur Sikri-Delhi; Delhi-Haridwar-Rishikesh-Neelkanth-Delhi; Delhi-Ajmer-Pushkar-Delhi; Delhi-Amritsar-Wagah border-Anandpur Sahib-Delhi; and Delhi-Vaishno Devi-Jammu-Delhi.

The scheme was approved by the AAP government in July. There is no income criteria but preference will be given to those from economically weaker sections on first-come-first-serve basis, an official said. Under the scheme, the AAP government will bear the expenses of 77,000 pilgrims every year. Employees of central, state and local government or autonomous bodies are not eligible for the scheme.

The Delhi government has also signed a Memorandum of Understanding with the railways to cater to the pilgrims availing the scheme.