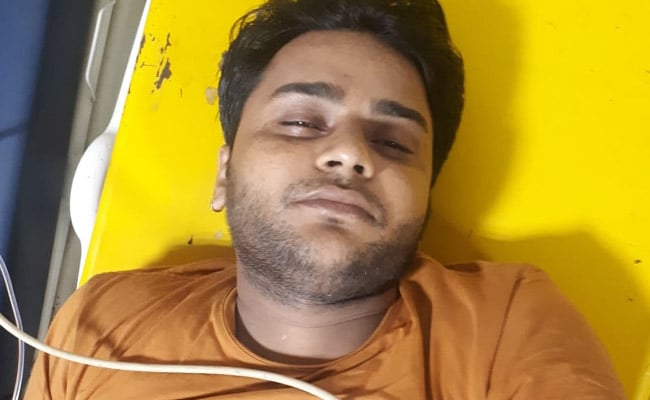 An injured Arshad Khan was taken to the Safdarjung Hospital where he is recuperating.

An interstate gang of robbers that had made a name for itself by uprooting ATMs in Delhi and nearby areas was busted with the arrest of their 27-year-old leader after a shootout near the capital's posh Vasant Kunj area on Sunday evening, the police said.

On Sunday, the police received a tip-off that he would be in the South Delhi neighbourhood to scout an ATM booth.

Around 6:30 pm, a police team laid a trap in the area. When the gangster's Toyota sedan was identified by the police informer at about 7:30 pm, Arshad was cornered and asked to surrender.

"But he whipped out his pistol and fired four rounds towards team members," the police said in a statement. 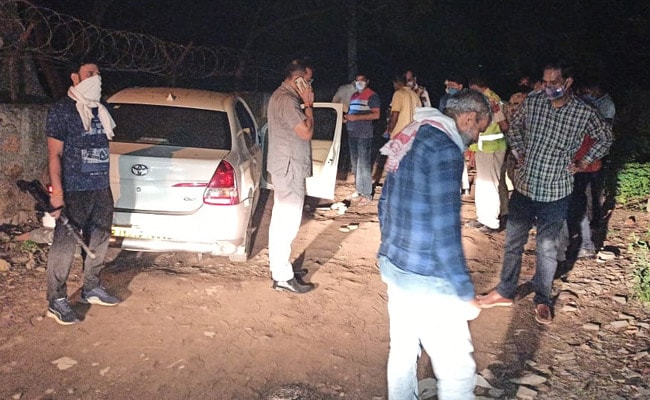 Arshad Khan had come to scout an ATM near Vasant Kunj when the police caught him.

"Police team also fired in self-defence to overpower the accused in which he was hit by a bullet and he got injured in his left leg. Finally he was disarmed and overpowered by the police team," the statement added.

A semi-automatic pistol with two live cartridges was recovered from Arshad. In all, seven bullets were fired - four by the gangster and three by the police, the cops said.

An injured Arshad was immediately taken to the Safdarjung Hospital where he is recuperating.

According to the police, Arshad has revealed that led a gang of criminals based out of Mewat in Haryana who he identified as Wasim aka Danny, Kalmu, Chhotu and his own brother-in-law Junnad aka Jumna.

He confessed to stealing an Indian Bank ATM in South Delhi four days ago, they said. He also admitted that his associates stole a pick-up truck from the Vasant Kunj area the same night to flee with the ATM.

Arshad also confessed to ripping off ATMs in other parts of the Delhi National Capital Region. He was found to have arrested in the past in three old criminal cases of thefts in Delhi.