Delhi Chief Minister Arvind Kerjiwal wondered in his tweet whether Amarinder Singh would meet with him in Chandigarh, where he is set to meet Mr Khattar tomorrow. 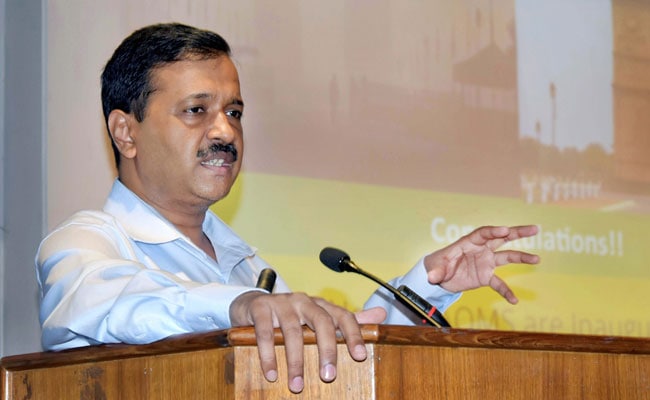 Arvind Kerjiwal expressed his desire to meet Amarinder Singh through a series of tweets. (File photo)

New Delhi: Arvind Kejriwal, after a bizarre back-and-forth with his Haryana counterpart ML Khattar yesterday over an appointment to discuss pollution in Delhi, took to Twitter again this morning to ping his other neighbour, Punjab Chief Minister Amarinder Singh.

The Kejriwal government in Delhi has held farm fires in Punjab and Haryana responsible for a big share in deadly smog that has enveloped the capital.

The Delhi Chief Minister wondered in his tweet whether Amarinder Singh would meet with him in Chandigarh, where he is set to meet Mr Khattar tomorrow.

.@capt_amarinder Sir, I am coming to Chandigarh on Wed to meet Haryana CM. Would be grateful if u cud spare sometime to meet me. It is in collective interest

Amarinder Singh, also called "Captain", had last week called Mr Kejriwal a "peculiar person with views on everything but no understanding" after the Delhi Chief Minister suggested that both Chief Ministers must rise above politics to address the crisis. The Captain had also asserted that a meeting of chief ministers would serve no purpose and had called for Prime Minister Narendra Modi's intervention.

Yesterday, Mr Kejriwal and Mr Khattar appeared to play a round of who-blinks-first as they publicly said they were willing to meet - but the other side seemed unavailable.

Mr Kejriwal finally tweeted that "Khattarji had called" and he would travel to Chandigarh on Wednesday to meet with him. He also pointedly said that Mr Khattar had refused to meet him while on a two-day visit to Delhi.

Mr Khattar had said earlier: "I will be in Delhi on Monday and Tuesday. There is no response from your office on meeting." Attaching an ndtv.com story on Mr Khattar's response, the Delhi Chief Minister had tweeted, "Sir, my office is constantly trying to fix meeting."

Promoted
Listen to the latest songs, only on JioSaavn.com
The Chief Ministers' spat and public sparring has been criticized by experts as a distraction from what has been described by doctors as a public health crisis in Delhi - a thick cloud of toxic smog 10 times the recommended limit.

The smog has been blamed on dust from construction, vehicle exhaust and illegal crop burning in neighbouring states.