Dengue cases have been rising in Delhi over the last two weeks. The city recorded its first death due to the vector-borne disease on October 18. 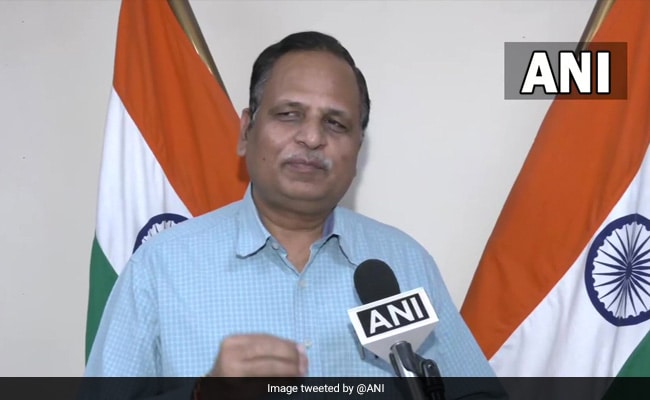 AAP MLAs, councillors ensuring that fogging is being carried out in their areas: Satyendar Jain

Delhi Health Minister Satyendar Jain on Thursday said that there are adequate arrangements for dengue patients in the state-run hospitals and no patient is being turned away.

He also said that majority of dengue patients in Delhi hospitals are from outside the city.

Mr Jain's comments came in the backdrop of reports that there was a shortage of beds for dengue patients at Safdarjung Hospital and Ram Manohar Lohia Hospital in the national capital.

"They are Centre-run hospitals. We have adequate arrangements for dengue patients in Delhi government hospitals. No patients are being turned away," the minister told reporters.

Delhi has reported over 1,000 cases of dengue this year, with more than 280 cases logged in the last week, according to a civic report released on Monday. Of the total number of dengue cases recorded in Delhi this season, 665 were recorded in the first 23 days of this month alone.

Dengue cases have been rising in Delhi over the last two weeks. The city recorded its first death due to the vector-borne disease on October 18.

"You cannot compare this year's situation with last year. Last year, there was an outbreak of coronavirus but this year the infections are lower and there are more dengue cases. There were reports that Safdarjung Hospital has seen 10 dengue deaths but those people were from outside Delhi," he said.

Mr Jain also said that AAP MLAs and councillors are ensuring that fogging is being carried out in their areas to fight dengue.