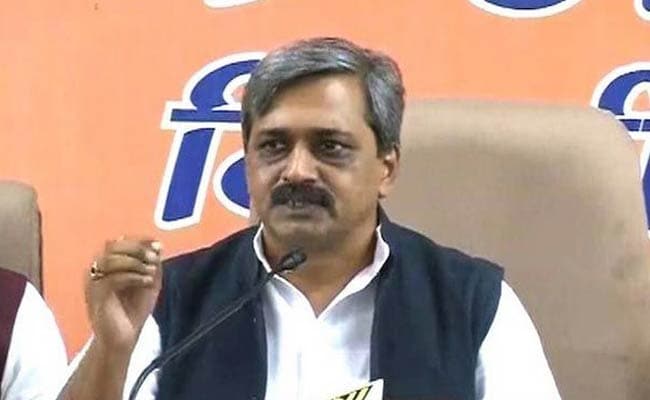 New Delhi: BJP's Delhi unit president Satish Upadhyay today accused the Aam Aadmi Party and the Congress of doing "dirty politics" over the demolition of a slum in the city.

"They have no concern for the betterment of the lives of slum dwellers. All the concern being shown is a part of vote bank politics," Mr Upadhyay told reporters in New Delhi.

"The tears being shed by Rahul Gandhi reflect political opportunism," the BJP leader said, adding that both parties should stop playing politics and work to provide a better life to slum dwellers.

More than 500 hutments were demolished by Indian Railways authorities in Shakur Basti in west Delhi on Saturday, leaving hundreds homeless in the winter chill. An infant allegedly died during the drive.

Mr Upadhyay said over 2,000 shanties existed on the railway land in Shakur Basti, of which almost 1,600 were demolished during the Congress rule in 2011-12 without payment of any compensation.

He said over 7,000 flats meant for slum dwellers at Narela and around 40,000 flats with the Delhi government were lying vacant for the last five years.

"If Kejriwal is true to the cause of slum dwellers at Shakur Basti, he should allocate those flats to them," Mr Upadhyay added.