17 AC DTC Buses Gutted in Fire in Delhi, None Injured 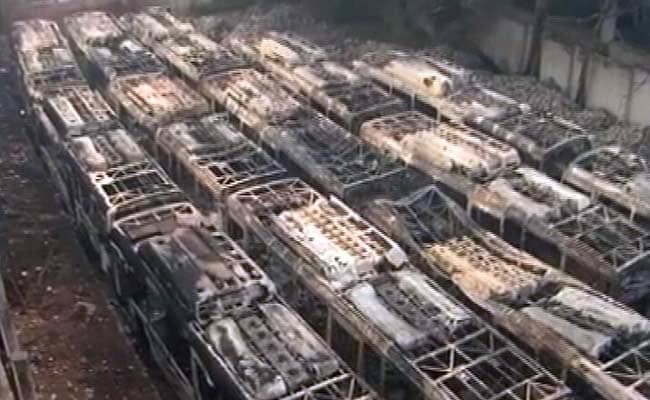 No injuries have been reported so far. The cause of the fire is yet to be ascertained.

An inquiry has been ordered into the incident.

The fire department said the blaze was reported at 3:20 am and 11 fire tenders were immediately rushed to the spot to douse the flame.

More than 100 AC and non-AC low floor buses were kept in the depot. The AC buses were procured at a cost of over Rs 60 lakh each few years back.

He said a three-member probe panel has been appointed to investigate the incident.

The other buses were immediately taken out of the depot.

Promoted
Listen to the latest songs, only on JioSaavn.com
A fire department official said the cause of the fire was yet to be ascertained. "We could douse the fire at around 5:15 am," he said.