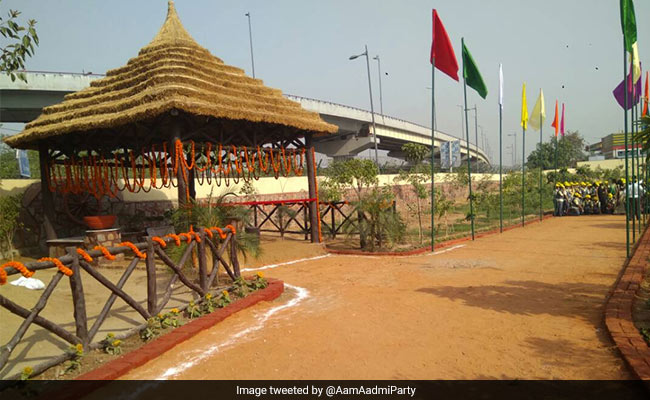 Twelve city forests have been developed in Delhi.

Twelve city forests have been developed in the national capital and four more will be ready soon, Environment Minister Gopal Rai told the Centre on Monday.

Mr Rai said the Delhi government will work together with the Centre and neighboring states to find solutions to environmental problems.

He also said the city government has set a target of planting 31 lakh saplings by March 31 next year.

"The Centre has set a target of planting 15 lakh saplings in Delhi. Our target is 31 lakh. We launched a pakhwara recently and planted 10 lakh saplings. I think we will be able to achieve our target by March 31," he said.

The objective of the plantation drive is to increase the national capital's green cover from 325 square kilometres at present to 350 sq km by 2021, he said.

The minister said the Delhi government has been providing Rs 20,000 each to eco clubs in 2,000 government schools to build environment consciousness among children.

"The forest and horticulture departments and Delhi Parks and Gardens Society provide saplings to these eco clubs from their nurseries across the national capital," he said, adding the city government will simultaneously implement the Centre's scheme to create nurseries in schools.