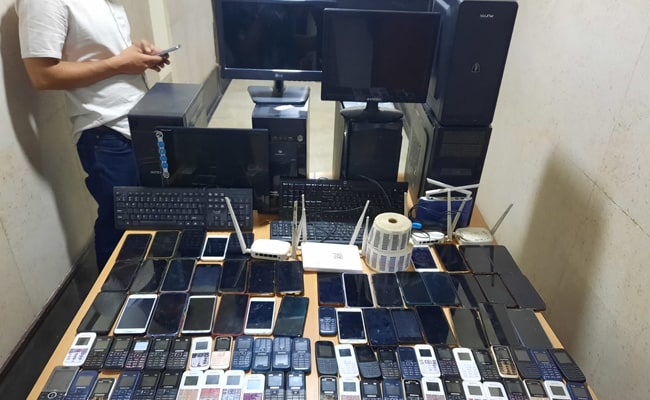 A resident of Sector 77, Noida, had approached the police alleging a fraud of Rs 20 lakh.

Noida police have arrested 10 employees of a "call centre" from Delhi for allegedly duping job aspirants, officials said on Tuesday.

They estimated that the gang may have so far duped around 50 people and amassed over Rs 20 crore since they began operations two years ago.

A complaint by a person alleging that he had been cheated on the false promise of a job led the police to unearth the racket, Additional Deputy Commissioner of Police (Noida) Ranvijay Singh said.

A resident of Sector 77, Noida, had approached the police alleging a fraud of Rs 20 lakh.

"The victim had informed Sector 113 police station that he was looking for a job on a leading website after which he got a call from someone who identified himself as a representative of a construction firm based in Singapore," Mr Singh said.

"The representative told him that his profile had been shortlisted. The caller then convinced him into paying some money towards processing fee and other document works over a period of two to three weeks. The victim had paid Rs 20 lakh by the time he realised the fraud," the officer said.

When the matter was taken up for investigation, the police found that a larger network had been operating from a call centre in Delhi's Mayur Vihar Phase I.

The gang used the same modus operandi to dupe around 50 job aspirants from various states, including Uttar Pradesh, he said.

They have been have been booked under Section 420 (cheating) of the Indian Penal Code and further legal proceedings in the case are underway, he said.