Delhi Rain: This is the first time since 2010 that monsoon rainfall in Delhi breached the 1,000 mm mark. 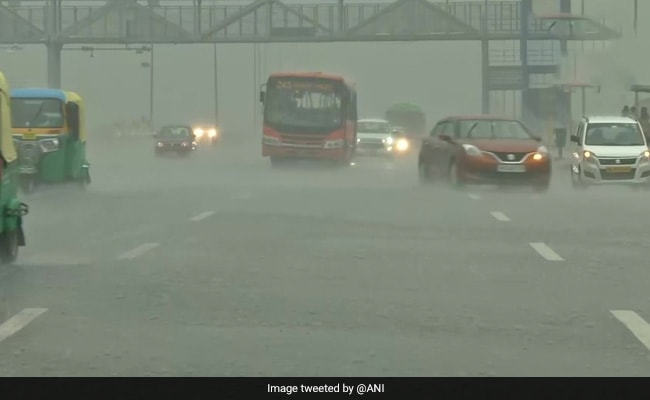 The southwest monsoon in Delhi may have been erratic and one of the most delayed this season, but it has given the highest rainfall to the national capital in at least 18 years -- 1,005.3 mm so far. This is the first time since 2010 that monsoon rainfall in Delhi breached the 1,000 mm mark.

Normally, the Safdarjung Observatory, which is considered as the official marker for the city, records 648.9 mm of rainfall during the monsoon season on average, according to India Meteorological Department (IMD) data.

Between June 1, when the monsoon season starts, and September 10, Delhi gets an average of 586.4 mm of rainfall.

"Delhi had recorded 1,005 mm rainfall in the monsoon season in 2003. We are already at an 18-year high," said senior scientist RK Jenamani.

Intense bursts of rainfall pounded the capital in July and September -- sometimes 100 mm precipitation in a few hours -- that submerged roads, residential areas, schools, hospitals, and markets in knee-deep water and plunged vehicular traffic into chaos.

Despite the monsoon embracing Delhi only on July 13, making it the most-delayed in 19 years, the capital had recorded 16 rainy days in the month, the maximum in the last four years.

The string of rainy days gave 507.1 mm rainfall in Delhi, which was nearly 141 per cent above the long-period average of 210.6 mm. It was also the maximum rainfall in the month since July 2003, and the second highest ever.

The city recorded just 10 rainy days in August, the lowest in seven years, and a cumulative rainfall of 214.5 mm, lower than the average of 247 mm.

"The number of rainy days has reduced over the last four to five years, and there has been an increase in extreme weather events," he said.

"We have been recording short and intense bouts of rain, sometimes around 100 mm rainfall in just 24 hours. In the past, this much precipitation would occur over a period of 10 to 15 days," he said.

Weather experts said such spells of rain do not help recharge groundwater and lead to flooding in low-lying areas.

The water percolates in the ground if it rains slowly over four to five days. In case of heavy falls, the rainwater runs off quickly, a former IMD official said.

"The rain washes away pollutants, but since the number of rainy days has reduced, the average annual air quality is also getting affected," he said.