Rahul Gandhi turns up at Talkatora to cheer Vijender 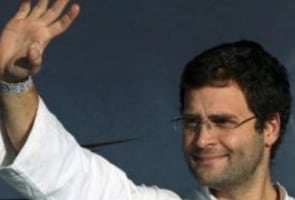 New Delhi: He has himself learned boxing from a Dronacharya awardee and Congress MP Rahul Gandhi on Friday showed his love for the sport by turning up to watch the opening Commonwealth Games bout of Olympic bronze medalist and world number one Vijender Singh at the Talkatora Stadium.

The Gandhi scion came with his brother-in-law Robert Vadera to witness the evening session of the pre-quarterfinals and stayed for more than an hour.

As Vijender walked in to the arena in front of a sell-out crowd, he acknowledged the Congress General Secretary by waving at him.

"It was very special to have Rahul ji here. Somebody of his stature coming to support boxing is a big thing for us. I am glad to have won in front of him," said the World Championship bronze-medalist.

During the bout, one of Vijender's powerful straight blows downed his Kenyan rival Dick Ombaka and the Haryana-lad once again turned and waved to the stands where Gandhi was sitting.

Promoted
Listen to the latest songs, only on JioSaavn.com
Gandhi clapped occassionally to appreciate a good punch. The Congress General Secretary has learnt boxing from none other than former national coach O P Bhardwaj, who was also present at the stadium.