Six members of a family were rushed to a hospital after they cooked and consumed dry marijuana leaves. The contraband was allegedly passed on by a local vegetable vendor as "payback". He has been arrested. 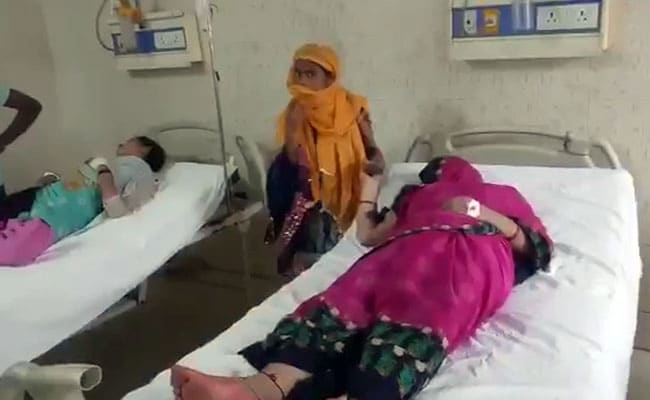 The family was rushed to the hospital after they complained of giddiness and started falling unconscious.

Six members of a family in Uttar Pradesh's Kannauj town, 123 km from state capital Lucknow, were rushed to a hospital after they cooked and consumed dry marijuana leaves that were allegedly passed on as fenugreek (methi) by a local vegetable vendor.

Though the family has said that none of them could ascertain if something was wrong with the "vegetable", the police officers investigating the case said they find it implausible, but have registered a case in the matter.

The police have arrested vegetable vendor Naval Kishore Gupta, seized the bag of marijuana and the leftover food from the family's residence in Miyaganj village.

"We don't consume all this. We did not know," said Manoj Kumar, to whom Gupta had allegedly given the contraband in a polythene bag.

"He gave me a bag saying my father had asked for dry methi leaves. I did not open it; I just took it home," Mr Kumar told NDTV in the hospital.

Members of the unsuspecting family stir fried the bag's contents with potatoes and consumed it for lunch on Sunday, June 27.

Soon, some members of the family started feeling giddy.

Neighbours took them to the hospital after all of them complained of giddiness, nausea, numbness in the limbs and started falling unconscious.

"They were unconscious when they came here, but they are all conscious and stable now," Kannauj hospital chief medical officer Dr LK Tomar said.

Asked why anyone would pass on marijuana to him, Mr Kumar said one of his relatives had pulled a prank on Gupta and suspected that this was payback.