Western Uttar Pradesh's 400-year-old wood carving industry, which employs some 2 lakh people, may lose bulk of its export-centric business because of the coronavirus pandemic

Due to coronavirus, the industry turnover could fall by 70-80 per cent, representatives say.

Ahsan Ahmed, 42, spent almost a lifetime earning daily wages at a wood-carving factory - one of the many that Saharanpur in Uttar Pradesh is famous for.

A third-generation artisan, Mr Ahmed suffered a big financial hit when the nation went into lockdown in March to fight the novel coronavirus disease. He has to support a family of six and is thinking of supplementing his income by driving an autorickshaw. "A fruit stall may be a better idea," he said.

After the two-month shutdown, the 400-year-old wood carving industry in this western UP town is opening up again, but things are not the same. 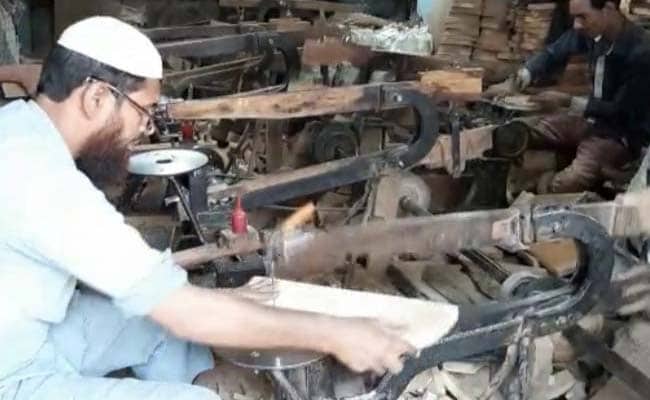 Though wooden articles crafted in small workshops of Saharanpur are popular across the country, the bigger units export them to America and Europe.

This year, the production could fall by as much as 70-80 per cent as there are hardly any international buyers, said local industry representatives.

According to the government, the industry turnover was over Rs 400 crore.

"Earlier, I used to manage to earn about Rs 12,000 a month. Now, I am forced to live with Rs 5,000-Rs 6,000 and I am in debt," said Mr Ahmed, one of the at least two lakh people, including artisans, labourers and suppliers, employed at these units.

"The current position is that only a few workers are required in these factories. It is difficult to continue like this. I live in a rented house; I have to pay for electricity, on which there has been no rebate." 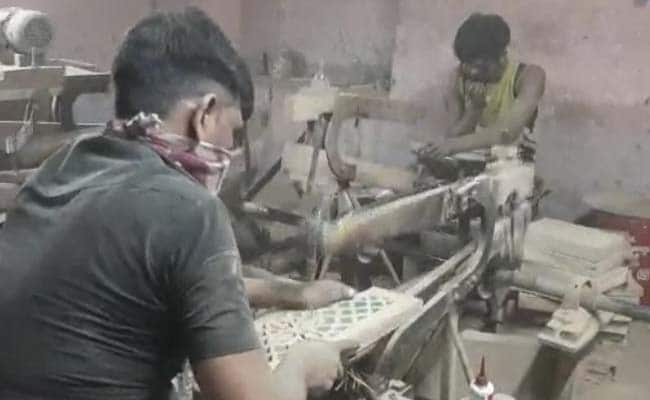 Export unit owners have had to cut their labour and artisan workforce as orders have dried up.

It is not just workers like Mr Ahmed whose financial stability has been hit in the COVID-19 pandemic.

Export unit owner Mohd Shahid said he had to cut his labour and artisan workforce drastically after reopening.

"Earlier, we used to be at the unit 24 hours in a day, but today I am barely spending eight hours because there are very few fresh orders and half of my old orders were cancelled. I can only retain 30-40 per cent of my workers. If this continues, this industry will not survive," Mr Shahid said.

Exports are also drying up.

"Eighty-ninety per cent of our in-hand orders from America and Europe have been cancelled. Our export promotion council and the government had requested them to put the orders on hold, but they refused and cancelled them straightaway," said Sheikh Faizan Ahmed, President of the Saharanpur Wood Carver's Association.

Many of Saharanpur's exporters now say that until the coronavirus crisis blows over, their businesses will continue to be affected because it is almost 100 per cent export-oriented and in times, such as these, no one is willing to buy.