Sheetal Rajak, a resident of Chowka village, was mentally distressed after he lost his crop due to sub-standard pesticide, his wife said. 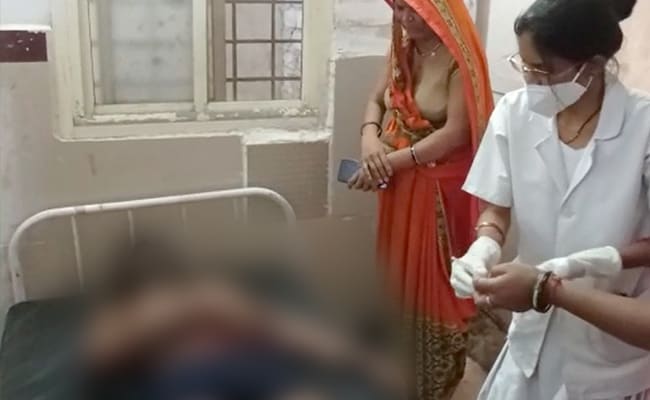 The farmer received 25% burn injuries and is being treated at Sagar medical college.

A farmer in Madhya Pradesh was left with 25 per cent burns after he tried to set himself on fire on the premises of a police station allegedly after the cops refused to take his complaint against a shopkeeper who sold sub-standard pesticide to him. A probe has been ordered on the supply of sub-standard pesticide, and also on whether the police denied lodging a complaint, a senior cop said.

Sheetal Rajak, a resident of Chowka village, was mentally distressed after he lost his crop due to sub-standard pesticide, his wife said.

"Our crops were ruined due to sub-standard pesticide. He was mentally stressed and because of that he approached the local police station to lodge a complaint against the shop owner who had sold him the pesticide but the police refused to lodge the complaint," his wife Nisha Rajak said.

Congress leader Kamal Nath hit out at the Chief Minister Shivraj Chouhan of not doing enough for farmers in the state.

"The BJP government had promised to double the income of the farmers but has doubled the cost.  Shivraj Sarkar has nothing to do with the problems of the farmers," Mr Nath tweeted.

According to reports, Sheetal Rajak sprayed the pesticide across 20 acres, but the soyabean crop still got infested with pests.

The farmer received 25 per cent burn injuries and is being treated at Sagar medical college.

"Agriculture department is probing the complaint of substandard pesticides and an inquiry will be held to look into why no action was taken by the police when he complained," a senior cop said.

Garlic farmers are also angry with the government not getting a fair price for their produce. In districts like Dewad and Ujjain, known as the garlic belt of the country, the farmers are demanding the Centre and the States to immediately announce a market intervention scheme and start procuring garlic to help them.

Recently, farmers took out a funeral procession of garlic in Sehore and set fire to quintals of garlic after the harvest failed to fetch the desired price.

3 Siblings Who Lost Their Way Reunited With Parents In Maharashtra