Teen kills self, allegedly after he was beaten by teacher with duster 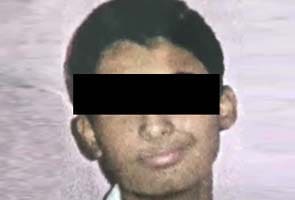 Kolkata: A class 9 student committed suicide on Monday in West Bengal's Jalpaiguri district, allegedly after he was beaten up by his teacher.

The 15-year-old student of Phanindra Deb High School hanged himself in his home, 10 days after the incident.

The teacher allegedly beat the boy because he had broken a bench in the classroom. The headmaster then called boy's parents and demanded they pay Rs 5000 for the broken bench. He also asked the parents to remove the boy from the school.

"He was hit with a duster. His hands were swollen. He was asked to call his father to tell him to pay Rs 5000," says his mother.

The police have registered a case of abetment to suicide against the teacher and the headmaster of the school, but haven't managed to find them.

Yesterday his friends and political activists protested outside the school demanding action against the two.
Comments
teen commits suicide