Rewa Accident: The accident happened near Gudh road, located around 25 km from Rewa, at around 6.30 am when the bus was on its way to Sidhi district in the state, the police said. 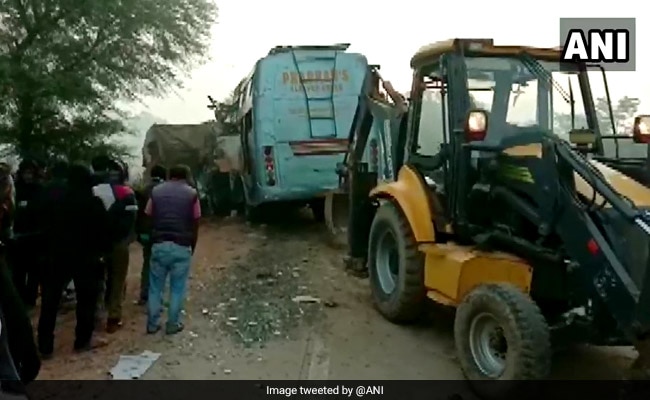 Rewa Accident: The bus hit the stationary truck from behind, killing 9 people and injuring 10 others

Nine passengers, including a six-month-old boy, were killed and 10 others injured when their speeding bus crashed into a stationary truck in Madhya Pradesh's Rewa district this morning, police said.

The mishap took place near Gudh road, located 25 km from Rewa, at around 6:30 am when the bus was on its way to Sidhi district, Rewa's Superintendent of Police Abid Khan told news agency Press Trust of India.

The truck driver parked his vehicle on a roadside around 5 am and was freshening up nearby when the bus crashed into it, he said.

Poor visibility due to fog in the area apparently led to the accident, Inspector General of Police, Rewa Range, Chanchal Shekhar said.

The bus driver fled the spot, the official said. 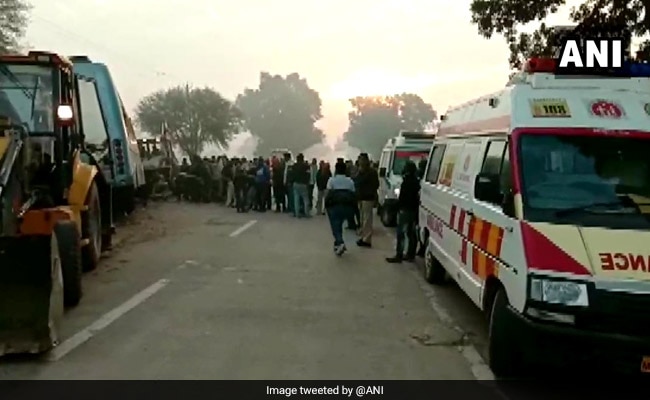 The bus hit the stationary truck from behind, killing nine people and injuring 10 others

According to some injured persons, he was driving the bus at a high speed, Mr Shekhar said.

"The bus hit the stationary truck from behind, killing nine people and injuring 10 others," Mr Khan said.

The deceased included three women and a six-month-old boy, he said.

The injured persons were admitted to the government-run Sanjay Gandhi Memorial Hospital, where condition of one of them was reported to be serious, he added.

"Efforts are on to arrest the bus driver," Mr Shekhar said, adding that a case has been registered against him under Indian Penal Code Section 304 (death caused by rash or negligent act).

Madhya Pradesh Chief Minister Kamal Nath expressed grief over the mishap and directed the authorities concerned to extend all help to families of the victims.