On Friday, residents of Kishoreganj area of Ranchi had lined up in front of a tanker to fill water as there is water shortage in the area. 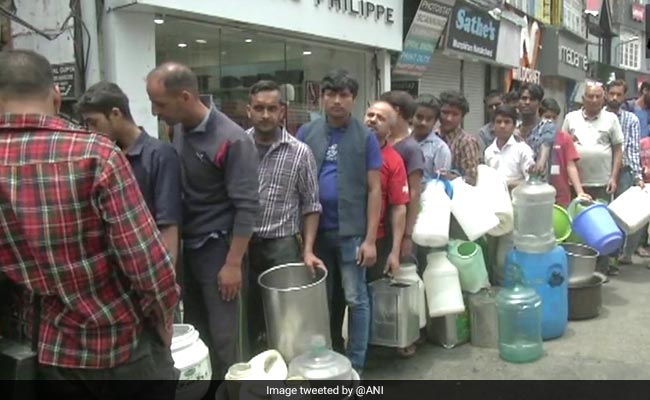 At least six people sustained injuries after being stabbed by a man on Friday over water dispute in Ranchi.

On Friday, residents of Kishoreganj area of Ranchi had lined up in front of a tanker to fill water as there is water shortage in the area.

They got irked with a man from a neighbouring village, who was seen filling water in large barrels, leaving a lesser amount of water for the residents of that area.

With rising mercury, the water shortage has further worsened in the area. Moreover, the local authorities make one tanker available to the residents in four days.

Sunil Kumar Yadav and his father, who were in the queue to fill water, began quarreling with the accused and asked him to explain why he was taking so much water and was not giving any chance to the residents to fill water.

Upon this the accused hurled abuses at the father and son and then took out a knife and stabbed them.

Mr Yadav further said, "A person came to fill water multiple times in our area. My father asked him why he was taking so much water and if he takes all the water, where will everybody else get water from. He started arguing with my father. When I intervened, he hurled abuses and later stabbed me with a knife. He stabbed my mother and brother also when they tried to save me. We rounded him up and grabbed his knife, after which the police took him away."

Recalling the incident, Sunil Kumar Yadav's mother Sona Devi said she too was stabbed by the man when she tried to save her son.
The injured were taken to a local hospital for treatment.

Locals of Kishoreganj say the area is facing acute water crisis. Tankers are sent only once in four days for them to fill water. Locals claim they are forced to travel long distances to fulfill their requirement, as water bodies in the region have begun to dry up due to soaring temperatures.

Jharkhand minister CP Singh acknowledged that the residents of the area are facing water shortage and they should learn how to use available water judiciously rather than fight over it.

He said, "I heard of the knife attack, this is wrong. Everyone needs water, fighting is wrong. The state and local administration are working on water-related projects. We are trying to arrange water through pipelines, but some are installing motors and diverting water flow. People should learn how to judiciously use water and start water harvesting. It is taking time, but we're working on it."