After Dhule Mob Killing, Police To Sensitise Locals Against Rumours

On July 1, five nomadic tribals were killed by a mob in Rainpada village, about 100 kms from the Dhule district headquarters, reportedly because of rumours on social media that a gang of child-lifters was active in the area. 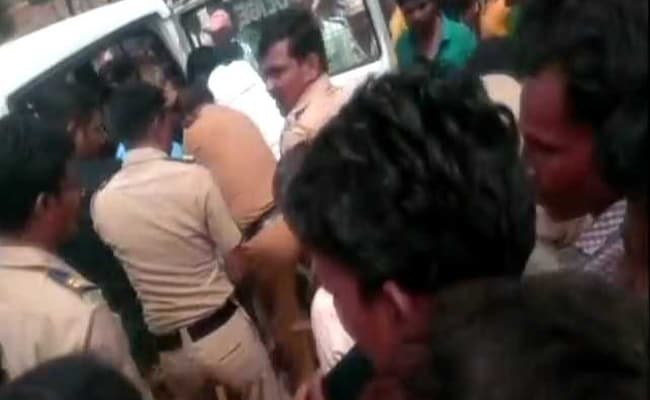 The mob violence incident took place in Rainpada village about 100-km away from Dhule headquarters.

In the wake of last Sunday's mob violence incident, the police in the Dhule district of Maharashtra have launched a drive to sensitise the locals about rumours.

As a part of this endeavour, the police have roped in the 'kotwals' (village criers who make public announcements), to spread the message that rumours of any kind should not be believed, according to Dhule's Superintendent of Police M Ramkumar.

Pamphlets are also being distributed among the residents of over 1,800 villages in Dhule district to educate them. Local newspapers and news channels have also been approached to disseminate the message, he told news agency PTI in an interview.

On July 1, five nomadic tribals were killed by a mob in Rainpada village, about 100 kms from the Dhule district headquarters, reportedly because of rumours on social media that a gang of child-lifters was active in the area.

In the videos which went viral, the victims were seen being thrashed with sticks and chappals and stoned, after one of them apparently tried to speak to a six-year-old girl.

The Superintendent of Police said the police personnel are contacting local leaders, like Sarpanch(s) and Panchayat members, through whom the villagers could be sensitized regarding fake news and rumours spread over the social media.

"We are reaching out to the villagers through our contacts to counter the menace of fake news being spread through the social media," Mr Ramkumar said.

"Our message to the villagers is -- don't share anything which is not verified, delete it and in case of a suspicious message which may cause disharmony, immediately contact the police," he elaborated.

Realising that the message needed to reach the last person in the villages, the police has roped in local village criers (kotwals).

"We understood that we needed to penetrate deep inside the families of these villagers. Hence, we also roped in the 'kotwals' to spread our message. These people have been asked to tell villagers to not believe any rumours," Mr Ramkumar said.

There are over 1,800 villages in Dhule district with a total population of around 22 lakh.