Phase 1 Of Upgrading Dehradun Airport To Be Complete By October: Airport Authority 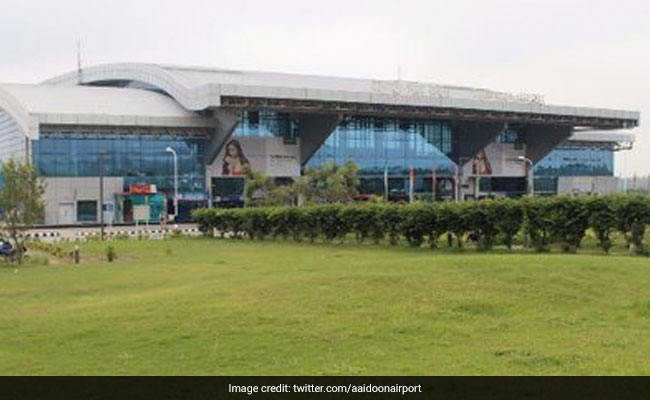 The first phase of Airports Authority of India-run Dehradun Airport's upgradation work, including construction of a new domestic terminal building, is expected to be completed by next month, an official release said today.

The Airports Authority of India (AAI) is investing Rs 353 crore for the airport's facelift to enhance its peak passenger handling capacity by eight-fold, as per the release.

The first phase of development work includes the construction of a domestic terminal building along with utility block, car park, sewage treatment plant, rainwater harvesting structures and other ancillary structures, the AAI said.

Almost 80 per cent of the development work of the first phase is completed and the project is likely to be ready by October, it added.

With an area of 42,776 sq metre, the new terminal building will have a concourse, check-in area, security hold and arrival lounge at ground floor. It will also accommodate various offices on the mezzanine floor.

Equipped with 36 check-in counters and four aerobridges, the new terminal will have all the modern facilities like self-check-in kiosks and in-line baggage screening facility, the AAI said, adding ample retail space spread in an area of 6,465 sq metre is also planned to help accelerate the generation of revenue and employment.

The design height of the building is optimally done to reduce the cost of construction and operation, it said.

The new building will also have eco-friendly sustainable features like a double-curved roof to help in rainwater harvesting, sewage treatment plant, solar power system, energy-efficient fixtures, among others, the release said.