Patna-Kota Express Train Derails In UP, No Casualties Reported

A probe has, however, been ordered in the matter, officials said. 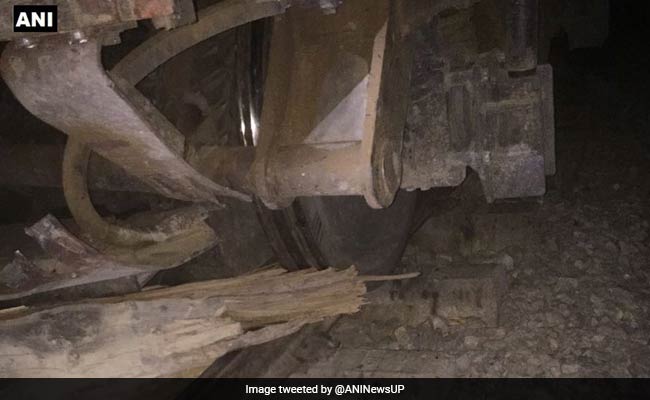 Engine of the train derailed because of a tree that had fallen on the tracks, as per preliminary details.

Barabanki: The Patna-Kota Express train derailed near the Dariyaband area in Uttar Pradesh's Barabanki yesterday but no one was injured, police said today.

A probe has, however, been ordered in the matter, officials said.

According to preliminary details, the engine of the train derailed because of a Sheesham tree that had fallen on the tracks, they said.

The tree might have been uprooted by strong winds, police said.

The 13237 Patna-Kota Express was moving towards Lucknow from Patna via Faizabad.

The driver of the train applied emergency brakes when he saw the tree on the track due to which some passengers fell off their seats and there was panic, they said.

Promoted
Listen to the latest songs, only on JioSaavn.com
No one was injured in the incident, they added.

Relief trains from Barabanki and Lucknow were sent to the spot and traffic was restored on the route, officials said.
Comments
Train derails in UPPatna-Kota Express Train