Chilling Moment When Man Falls Between Moving Train And Platform

Rajesh Talwar, the man who fell through the gap, got down from the train at Jharsuguda Station in Odisha to buy a cup of tea 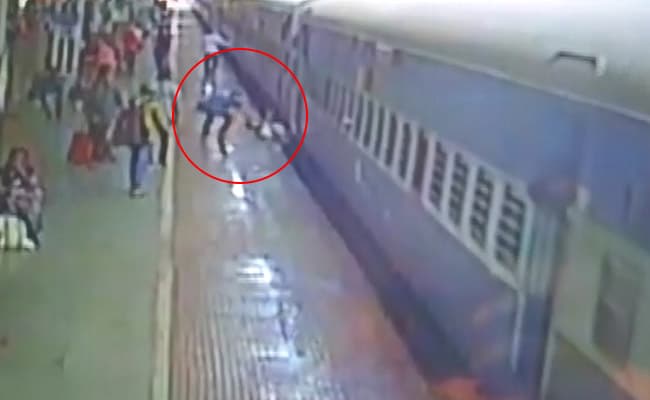 Jharsuguda Station, where the incident happened, is a major junction serving north-western Odisha

A train journey to Sambalpur in Odisha became the story of a man surviving a potentially horrific accident, after Rajesh Talwar fell between the moving train and platform at Jharsuguda station in Odisha on Tuesday.

In the incident, which was caught on CCTV, Mr Talwar, who got off the train to buy a cup of tea, approaches his slowly departing train and attempts to jump on board but stumbles and falls.

#WATCH: A man survives after he fell on the tracks through the gap between the platform and the train at the Jharsuguda railway station while trying to board a moving train. (18-06) #Odishapic.twitter.com/sz9wIYDN0z

Mr Talwar is then dragged along the platform for a few seconds, slowly falling between the train and platform as people watch in shock. In the seconds after he starts to fall a second man moves to help but, by that time, Mr Talwar has disappeared from view.

The train, which continued to move forward for a few seconds, was then halted and security personnel deployed at the station rushed to rescue him.

The rescued Mr Talwar then boarded the same train and continued on his journey.

Jharsuguda Station, where the incident happened, is a major junction serving the north-western part of the state. Jharsuguda city is located approximately 330 kilometres from the state capital of Bhubaneshwar.