Arun Jude Amalraj, an engineer, has been charged with attempted murder but is yet to be arrested. He and his parents have been missing for nearly a month.

Aarti Arun was pushed out of the moving SUV just outside her sister's home in Coimbatore.

A woman falls from a moving SUV onto the road, allegedly after being pushed out, in CCTV footage from Coimbatore in Tamil Nadu. The woman in the video, which has been widely shared online, alleges that she was pushed out of the car by her husband and his parents last month and they were trying to kill her.

Aarti Arun, 38, says the incident took place soon after she and her two young children had moved back in with her husband, believing in his promise of a fresh start. The husband was allegedly abusive.
Arun Jude Amalraj, an engineer, has been charged with attempted murder but is yet to be arrested. He and his parents have been missing for nearly a month.

Married since 2008, the couple had a turbulent relationship. After six years and two children, Aarti Arun decided to call it quits and went back to her parents' home in Mumbai in 2014. 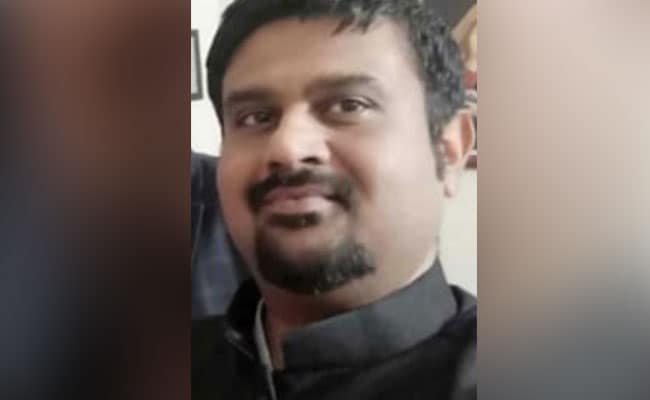 Arun Jude Amalraj had filed a reconciliation request after his wife's divorce petition.

She said though her domestic violence case and a divorce petition are pending in a Mumbai court, she agreed to her husband's request for reconciliation after five years of separation.

The reunited family even went for a holiday to hill resort Ooty in May.

Aarti Arun alleges the trip became a nightmare as her husband turned abusive again, assaulting her and the children. She filed a police complaint against him in Ooty but drove back with him on police advice after his written apology.

She says trouble started again in Coimbatore on May 9 when, despite his written promise to keep his parents away from her, Arun Jude Amalraj brought his parents in his car.

When she questioned him, he allegedly punched her and pushed her out of the car. Chilling CCTV visuals show her falling from the car onto a road just outside her sister's home as the vehicle moves on. She had injuries on her head, shoulders and knees.

Aarti, who now lives in Mumbai, alleges: "They want to kill us. It's heart wrenching and life threatening. My son saw his dad outside his school and is traumatised. They could target my children. How do I go out to earn my living? Police say he is absconding. There has to be timely justice".

Though initially police registered a case of criminal intimidation and causing hurt, they later also charged the man and his parents for attempt to murder.

"The family is absconding. Our teams went to Chennai once but then, they were absconding. We were told they are in Trichy (Tiruchirappalli) but they were not there as well. We are on the lookout for them. Once they are arrested, the law will have its course," Sujit Kumar, a senior police office in Coimbatore told NDTV.

When NDTV contacted Arun Jude Amalraj on his mobile number, the man who answered cut the call saying, "I am not Arun", and quickly removed his WhatsApp display picture which Aarti Arun confirmed is that of her husband.