Policeman Carries Pregnant Woman In His Arms To Hospital In Mathura

On seeing a woman undergoing labour pain at the station, policeman Sonu Kumar lifted her in his arms and took her to the hospital. 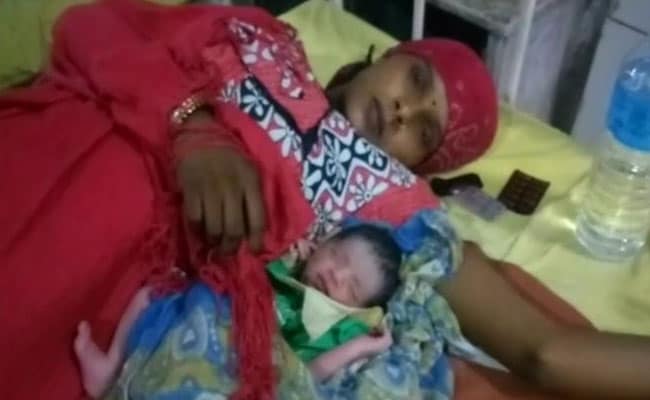 Bhavana delivered a boy at the hospital.

In a heartwarming incident, a policeman helped a pregnant woman by carrying her his arms and taking her to the district hospital in Mathura, Uttar Pradesh, after an ambulance failed to reach her on time.

The incident took place on September 14 when police official Sonu Kumar, Hathras city in-charge, who was on his way to the court, witnessed a commotion at the city railway station.

Mr Kumar saw a woman undergoing labour pain at the station. He immediately rushed to help the ailing woman, identified as Bhavana, a resident of Ballabgarh. An ambulance was called for, but it failed to reach even after hours of waiting.

The policeman then took her to the nearest medical facility on an e-rickshaw, and searched for a stretcher at the centre, which too, was not available.