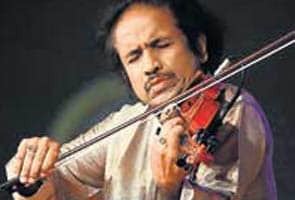 Bangalore: Noted violinist and husband of popular playback singer Kavita Krishnamurthy, L Subramaniam, has vowed to take action against all parties responsible for spreading allegations that he molested his maid Bhagya, who allegedly stole cash and valuables worth Rs 6 lakh from his house.

Countering the theft allegation, Bhagya allegedly made baseless and false allegations in order to divert attention from the theft.

An NGO filed a case against L Subramaniam, accusing him of sexually harassing his maid.

Uday Raj, an official from the company Avon Agency that employed the maid, has expressed shock over the incident.

Bhagya was working with the family for the last nine months and had worked as housekeeping staff in the office for the last two months.

Police Commissioner Shankar Bidari said that they were probing both cases. On Monday, an NGO had submitted a petition accusing Subramaniam of sexually harassing Bhagya. But, Bhagya had not filed any case directly, Bidari added.

The police probe is based on the petition filed by the NGO. But the time and dates that Bhagya mentioned do not match with her allegations, as there were family members present in the house, the police said.

Police are now waiting for Bhagya to record her statement. She can file a complaint or make a statement with the police.

Subramaniam approached the police commissioner on Monday night and narrated his statement to a spokesperson.

September 2 and 3
:
Theft of foreign currency, cash and jewellery. Police are approached and a complaint is filed on September 2, followed by an FIR the following day. Bhagya was questioned by the police on both days.

Her company, Avon Facility Management Services Ltd, was informed, following which they provided her identification and other details, along with her fingerprints.

Promoted
Listen to the latest songs, only on JioSaavn.com
She issues a complaint to divert attention from the case of theft in which she was named the prime suspect.

She approaches Bangalore Beat, a newspaper, with the intention to further damage Subramaniam's reputation, and it published allegations in its afternoon edition.