District Forest Officer PK Shrivastava said it took authorities about 4-5 hours to capture the leopard ensuring the safety of both, the officials said. 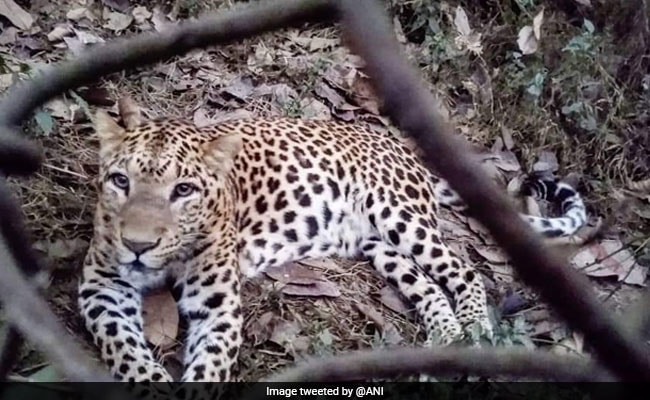 The male leopard, aged around 7-8 years, was sighted near Sadullapur village. (Representational)

A leopard sighted in Greater Noida was captured after it created panic among locals and released in a forest near Saharanpur, officials said on Monday.

The male leopard, aged around 7-8 years, was sighted near Sadullapur village in Greater Noida on Sunday morning following which police and the forest department were alerted, they said.

District Forest Officer PK Shrivastava said it took authorities about 4-5 hours to capture the leopard ensuring the safety of both, the officials as well as the feline.

Chief Forest Conservator of Meerut region Lalit Verma was also in the district on Sunday and oversaw along with specialists from the Delhi Zoo the combing operation that continued for over two hours, he said.

According to officials, soon equipment like a cage, a safety net, a forest vehicle and a tranquilliser gun were arranged. The rescue operation started at around 4.15 pm with about five trained specialists from the Delhi Zoo and wildlife conservation NGO-- SOS Wildlife.

"Around 5.30 pm, the leopard was safely brought into the cage," Mr Shrivastava said.

The forest department on Monday released the wild cat in the jungles near Saharanpur.

"We have just safely released the leopard in the Shivalik forest near Saharanpur," the DFO told PTI.

The Indian leopard (Panthera pardus fusca) is a Schedule I species, protected under the Wildlife Protection Act, 1972 and is listed as ''Vulnerable'' under the IUCN Red Data List