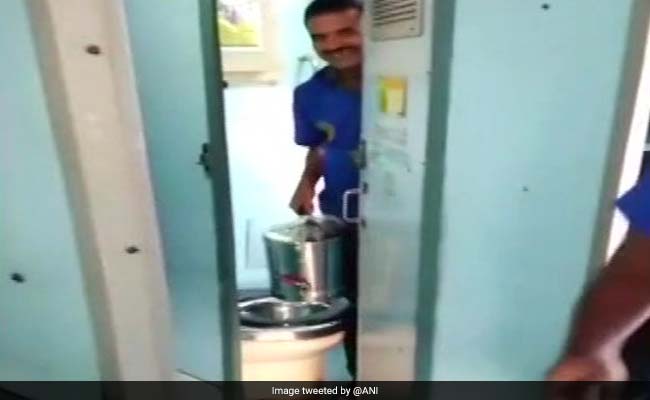 Hyderabad: A vending contractor has been slapped with a fine of Rs 1 lakh by the Railways after a video surfaced suggesting mixing of water from a train toilet in tea and coffee, the South Central Railway (SCR) said on Wednesday.

In the video, which was circulated on social media, in the past few days, a vendor was seen coming out of a train toilet with tea and coffee cans, indicating that water was being mixed in the cans inside the toilet.

The incident had occurred in December last year, on board the Hyderabad Charminar Express at Secunderabad railway station, a Railways communication said. 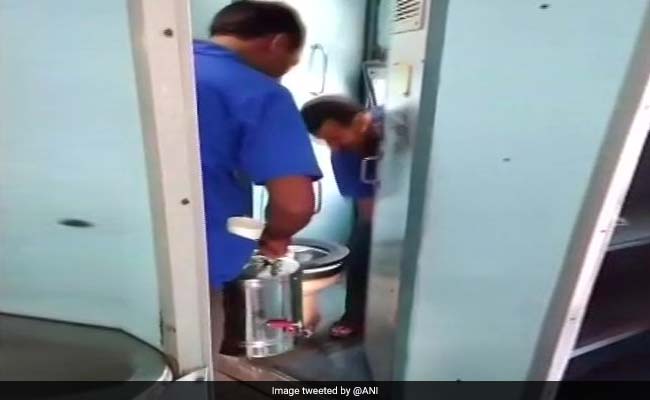 "An inquiry was conducted and on the basis of it stringent action has been taken against the contractor, for the section between Secunderabad and Kazipet, P Sivaprasad, with whom the vendor in the video was employed.

"A penalty of Rs 1 lakh has been levied on the licensee," said a senior railways official, M Umashankar Kumar. Two other persons seen in the video were unauthorised hawkers, Mr Kumar added.

The commercial department of the SCR has been carrying out extensive drives against unauthorised hawking at Secunderabad railway station in the last few months and hawkers, including the two involved in the incident, were removed, Mr Kumar said.

"A strict vigil was continuously being kept at various levels to ensure that no such incidents are repeated in the SCR Zone, the official said.
Comments
Railways contractor finedtea and coffee