Initially, eight lions were to be sent to the safari park but a team of two vets that recently visited the Junagadh zoo and examined the big cats. They found one female lion to be suffering from neurological issues. 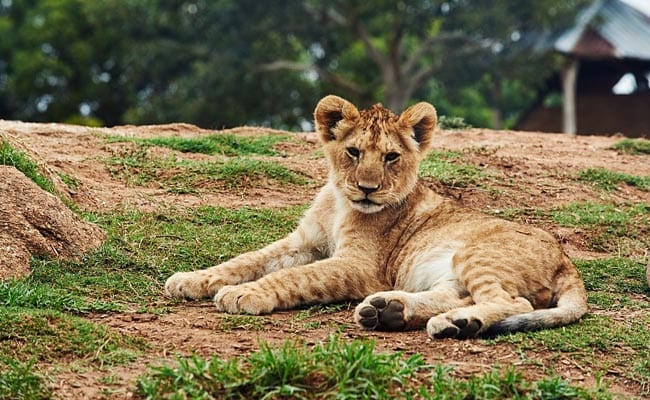 The Etawah Lion Safari Park in Uttar Pradesh is preparing to welcome seven lions from Gujarat. Three of these lions will later be shifted to the proposed Gorakhpur zoo.

Initially, eight lions were to be sent to the safari park but a team of two vets that recently visited the Junagadh zoo and examined the big cats. They found one female lion to be suffering from neurological issues.

The others, including two males, have received a medical clean chit and their health certificates have reached the state government.

The extra precaution of getting the lions medically examined in their parent state before bringing them to Uttar Pradesh has been taken after the embarrassment the erstwhile Akhilesh Yadav government had faced when five out of the 10 lions brought from Gujarat between 2013 and 2015 under an animal exchange programme died between 2014 and 2016.

The big cats had contracted the canine distemper virus, which attacks the respiratory, gastrointestinal and nervous systems in domestic and wild animals.

This time, the lions from Junagadh are a gift from the Vijay Rupani government, which passed on their custody to Uttar Pradesh on June 11.

The safari has since been sanitized against the contagion, with a vaccine provided by San Diego zoo in the US.

Sources said that the lions were initially set to reach Etawah by May 22, but the blistering heat forced the forest department to postpone the plan.

The decision for medical check-up further delayed their arrival.

Now, the lions are likely to reach Etawah by the end of July. Four safari keepers have been to Junagadh zoo twice to spend time with the lions to understand their behavior, habits and needs.

The lions will be quarantined for 21 days at the safari before being shifted to their new home, the Gorakhpur zoo, which is likely to be ready for them only by November. The fact that the zoo can house only three lions indicates that the rest may stay back in Etawah.