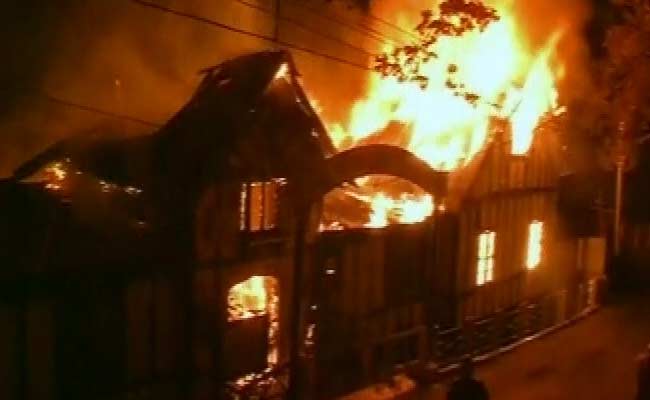 Shimla: A major portion of a heritage building in Shimla, once the summer capital of the British India, was damaged in a devastating that fire broke out Saturday night, officials said. There was no loss of life.

The half-timbered Tudor style -- all-wooden frames and shingled eaves -- building currently houses the office of Project Deepak of the Border Roads Organisation (BRO), an inter-services organisation under the defence ministry.

The building, located in the vicinity of the Indian Institute of Advanced Studies, was constructed by the British, Raaja Bhasin, co-convener of the Himachal Pradesh chapter of Intach (Indian National Trust for Art and Cultural Heritage), told IANS.

"It's one of the British-era's iconic survival structures in Shimla. I am really saddened with the damage," Bhasin added.

Promoted
Listen to the latest songs, only on JioSaavn.com
This is the second major fire in the heritage building in Shimla in less than a year.

A devastating fire broke out in 109-year-old Gorton Castle, housing the state's Audit and Accountant General's officers, Jan 28 reducing two of its floors to ashes.