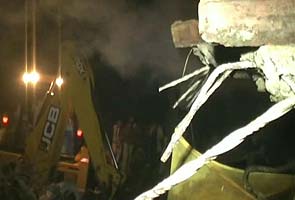 Auraiya, Uttar Pradesh: Eight persons, including six members of a family, were killed and 12 others injured on Tuesday in an explosion in a house where fire-crackers were being manufactured illegally for the Diwali festival.

A loud explosion was heard after the fire-crackers caught fire, killing eight people on the spot and injuring 12 others.

The critically injured have been referred to a hospital in Kanpur.

The fire crackers were being illegally manufactured in a house belonging to Motilal and Ram Narain.
Comments
Diwali fire crackers