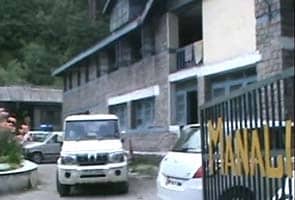 Manali: An American tourist in Manali says she has been gang-raped early this morning. Medical tests conducted on the woman have confirmed rape. The police have filed a case against three suspects, who are missing.

The woman, 31, was allegedly standing near a major highway looking for public transport when three men offered her a lift in a truck. They then took her to a nearby forest and raped her, the police said.

She reported her assault at a police station this morning.

Yesterday, the Kolkata police arrested a local businessman suspected of drugging and raping a 21-year-old Irish charity worker after her birthday party.

The Associated Chambers of Commerce and Industry, major trade body, said earlier this year that the number foreign women tourists visiting India had dropped by 35 per cent following several sex attacks that have made global headlines.

December's fatal gang-rape of a 23-year-old student on a moving bus in Delhi made international headlines and provoked large and angry street protests in India.

Promoted
Listen to the latest songs, only on JioSaavn.com
A Swiss cyclist was gang-raped in Madhya Pradesh in March, while a British tourist jumped out of a hotel window in Agra in March after the hotel owner allegedly tried to forcibly enter her room.