An aerial survey of Chennai, which remains flooded because of heavy rain. (Reuters photo)

Chennai: No airport, no roads, scattered buildings in a sea of muddy water. An aerial view of Chennai from an Indian Air Force rescue chopper today revealed the extent of devastation in India's fourth largest city after record rain.

Prime Minister Narendra Modi tweeted in the morning that he was "leaving for Chennai to take stock of the situation arising due to the devastating floods."

NDTV was on board an air force chopper that took off from the air force base at Tamabram, about 20 km from Chennai.

Four minutes into the flight, an expanse of flood water stretches out as far as the eyes can see.

At the Chennai airport, the main terminal is an island marooned by water. Aircraft, unable to take off since Monday evening, are docked. There is no visible runway. Officials say it could take at least two or three days before flights can start again. 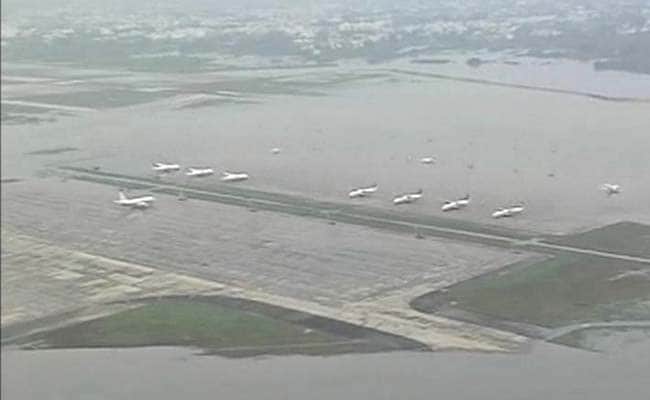 The air force is trying to build an air bridge to rescue some 7-800 people who are stuck in the airport.  The people are likely to be taken to Tamabram using small planes and chopper. From there they are likely to be flown to cities like Delhi and Hyderabad.

There is a river where the main Ring Road used to be. Instead of cars and buses, it is boats that are ferrying people. 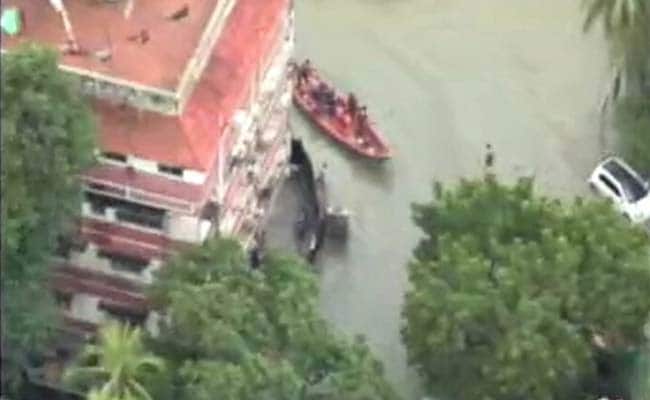 People can be seen on rooftops, waiting to be rescued. In some houses, the water has reached the second floor.

The water level has been rising steadily in parts of the city because of overflowing lakes and reservoirs.

Home Minister Rajnath Singh told Parliament today that there had been 269 deaths since the floods began in Tamil Nadu last month.

The Met office has said the next 48 hours will be crucial and the rains will continue for a week.