Chennai water crisis: Fifty wagons of this train with a capacity of 50 kilolitres each would transport 2.5 million litres each trip 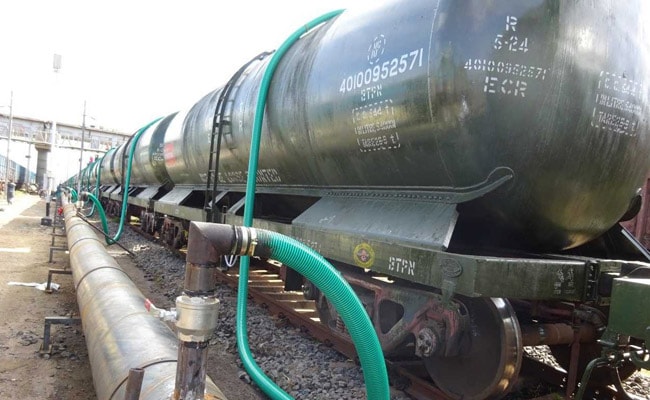 The train will ferry water to parched Chennai, which needs 830 million litres a day.

The first train carrying water to parched Chennai is likely to leave from Jolarpet railway station on Friday. "The wagons have been filled. We are waiting for clearance to leave from Chennai Metro Water," a senior railways officer told NDTV.

A function has been planned at  the Villivakkam railway station to receive the first water train. State minister S P Velumani and few other ministers are expected to attend.

"Based on slots available for movement of these trains the capacity could go up," said the officer.

Southern Railways would charge Chennai Metro Water Rs 7.5 lakh for each trip. The Tamil Nadu government has allotted Rs 65 core for this project.

Officials say these trains would take around five hours to reach Chennai's Villivakkam, 220 km away, from where water would be pumped to the Kilpauk Water Works, the pumping station that distributes water to localities in the city.

Chennai is one of the 20 Indian cities that the government think tank NITI Aayog has said would run out of water by 2021.