Citing the request on April 22 to allow burial at a cemetery in Kilpauk, the civic body said it sought a report from a committee of public health experts to ascertain the feasibility of entertaining her plea. 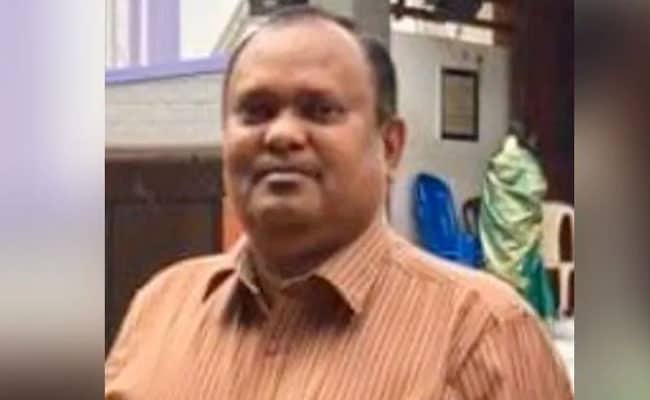 Dr Simon Hercules died on April 19 after he contracted COVID-19 reportedly from his patients. (File)

Days after the wife of a doctor, who died in Chennai of COVID-19, appealed to authorities to allow excavation of his body so that it could be buried again at a cemetery of her spouse's choice, the Chennai Corporation on Saturday rejected her plea citing health experts' view that it was unsafe to do so.

Citing her request on April 22 to allow burial at a cemetery in Kilpauk, the civic body said it sought a report from a committee of public health experts to ascertain the feasibility of entertaining her plea.

The report of experts has said that "it is not safe," to excavate and bury again the body of a COVID-19 victim and hence "it is not possible to accept her request," the Greater Chennai Corporation said in an official release.

On April 19, a city based 55-year-old neurosurgeon died of coronavirus and his burial at the Velangadu crematorium in Chennai was marred by violence.

A mob falsely fearing that the burial may lead to the spread of contagion had attacked the corporation health employees and associates of the deceased doctor.

The doctor's wife and son also had to leave the burial ground in view of the violence.

The body was brought to Velangadu as people of Kilpauk area had opposed his burial there.

Over a dozen men involved allegedly in violence were arrested and remanded to judicial custody.

Later, in a video message the surgeon's wife had said that it was her husband's last wish to be interred at the Kilpauk cemetry as per Christian rituals.

Chief Minister K Palaniswami and DMK president MK Stalin had spoken to her on Wednesday over phone and condoled her husband's death.