Ram Kumar had allegedly attacked Swathi, an engineer at Infosys, with a sickle last Friday.

Chennai: A 24-year-old engineer has been arrested for the brutal murder of an Infosys employee last week in Chennai.

The accused, identified as Ram Kumar, tried to kill himself as police tried to arrest him last night from Tirunelveli in Tamil Nadu, authorities said.

Police say Ram Kumar stayed near the victim Swathi S' house and was infatuated with her. He had stalked and attempted to befriend her, they said.

"This is a stray incident. Recent murders in the city are due to personal enmity and are not signs of deteriorating law and order," Chennai Police Commissioner T K Rajendran said. A new photo of the suspect was released on Thursday which gave a front view of him.

Swathi was killed with a sickle last Friday, and the suspect was seen running away from the platform in footage captured by CCTV cameras in nearby buildings - the Nangambakkam railway station, where the incident took place, has no CCTV cameras.

Today the police said it would install security cameras all over the city. 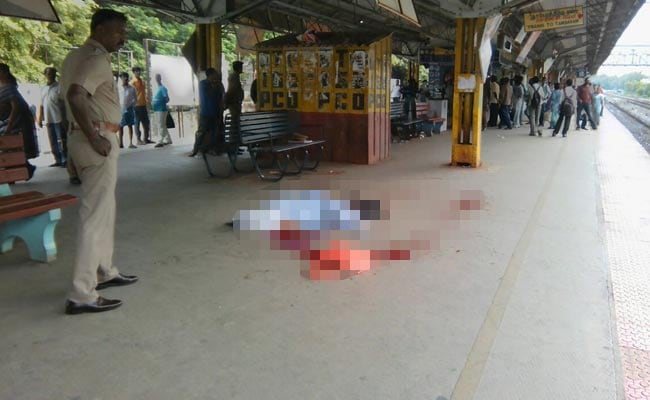 The court's two-day deadline to crack the case ended on Wednesday. It had stepped in following reports of a lack of coordination between the railway police, which had initially inquired into the incident, and the Chennai police.

Over the last few days, investigators have questioned Swathi's parents, relatives, close friends and colleagues. The police say Swathi had been stalked for months.

The crime has generated waves of shock and anger, not just over its gruesome nature, but also because of the complete lack of response from those who witnessed the crime.