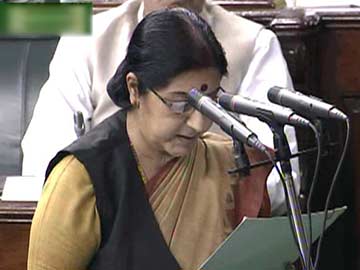 New Delhi: Pro-tem speaker Kamal Nath set the ball rolling for the 16th Lok Sabha by swearing in Prime Minister Narendra Modi as a member of the House. Clad in a sparkling white kurta and jacket, the 63-year-old BJP leader took the oath in Hindi. The House had been adjourned yesterday after paying tributes to Union Rural development Minister Gopinath Munde, who died in a road accident on Tuesday.