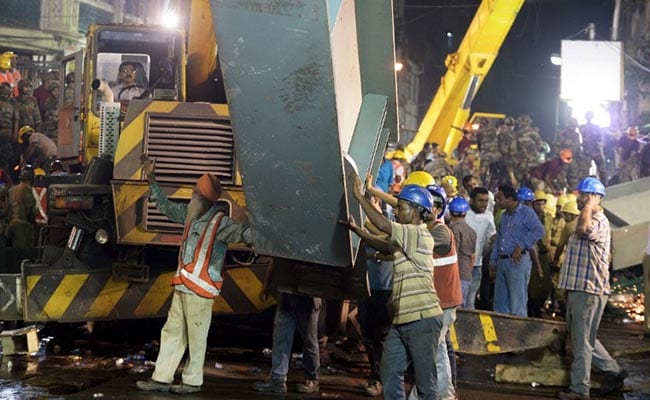 Kolkata: The number of deaths in the Kolkata flyover collapse rose to 26 after one more body was recovered from underneath the piles of debris of concrete and iron girdles of the broken portion of the under-construction bridge. More than 80 people were injured.