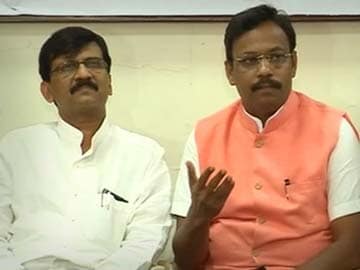 Mumbai: Putting up a united front, the Shiv Sena and BJP, allies for nearly 25 years, today declared at a joint press conference that the two parties were keen on continuing the alliance; they have been squabbling over their share of seats for the Maharashtra assembly elections. Meanwhile, with only four days now left to file nominations, the ruling Congress-NCP combine seemed no closer to resolving the impasse on seat-sharing.